Burestedt: I really tried to do what I could to make it possible

Gunnarson: I do not feel the pressure playing at home

Burestedt: I really tried to do what I could to make it possible 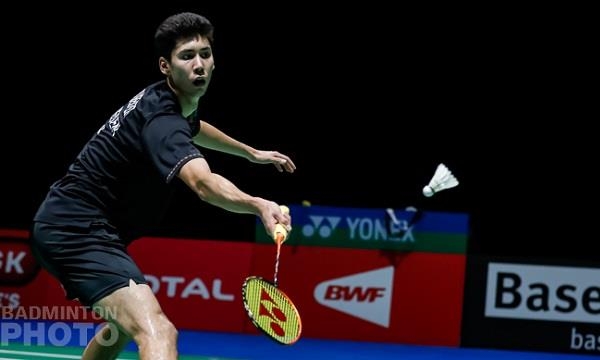 The Swedish Open, taking place in Uppsala, came to its conclusion yesterday. The home favourite in the men’s singles, Felix Burestedt, was agonisingly close to lifting the title in front of the Swedish fans.

Burestedt, the second seed, displayed some great form throughout the week. On his route to the final, he defeated last year’s winner from Japan, Minoru Koga, in straight games, as well as the seventh seed Eetu Heino. With one more opponent between him and the title, the Centre of Excellence star was close. Although it sadly wasn’t to be. Burestedt explains on Facebook why he was not able to complete the final against third seed Victor Svendsen.

-Incredibly disappointing having to withdraw from today’s match in the final of The Victor Swedish open. I have been dealing with small problems of blisters and hardenings under my right foot in the last period. The situation was under control going into this tournament, but after yesterdays semifinal it got much worse and is now a bit inflamed.

-I really tried to do what I could to make it possible to play today, but in this current situation I’m not able to put pressure on the foot, and that is the reason for my withdrawal, he added.

Burestedt, who was also doing an Instagram takeover for us during the tournament, gave a big thank you for all the support and nice comments for him.

Four Danish title chances
With Victor Svendsen taking the title in the men’s singles, there was also Danish representation in the three doubles categories. The unseeded mixed doubles pair of Mathias Thyrri and Mai Surrow built on their quarterfinal run at the end of 2019 and found themselves in a final against Japan’s Yujiro Nishikawa and Saori Ozaki. The also unseeded Japanese pair delivered in the final and won 21-17, 21-11.

In the women’s doubles, the Danish pair of Julie Finne-Ipsen and Mai Surrow perhaps took inspiration from the great run of Fruergaard and Thygesen in Indonesia, and reached the final, facing French fourth seeds, Vimala Heriau and Margot Lambert. In an incredibly close match, the Danes took the title 22-20, 22-20.

In the men’s doubles, fourth seeds David Daugaard and Mathias Thyrri played strongly all week but were forced to withdraw from the final. The title was awarded to Chiang Chien-Wei and Ye Hong Wei of Chinese Taipei.

It was an all Japanese final for the women’s singles, with sixth seed Natsuki Nidaira defeating Natsuki Oie, 21-19, 21-8.