Polish Open cancelled: The decision was difficult but necessary

Portuguese International has been cancelled 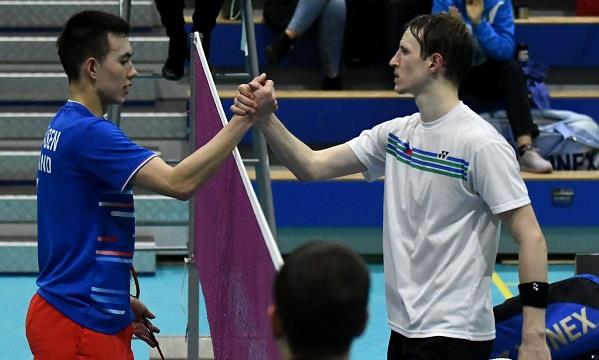 Following four days of top badminton at the Slovak Open, only five players/pairs could come away with the title yesterday.

On finals day, there was significant representation by Chinese Taipei, with three finals being locked down by the Taiwanese. The men’s singles, however, was fought between two unseeded Europeans, Czech Jan Louda and England’s Johnnie Torjussen.

Torjussen, 20, began the tournament in qualifying and had to overcome three opponents to secure a spot in the main draw. He then embarked on an impressive run all the way to the final in Trencin, including a quarterfinal victory over seventh seed Chi Yu Jen.

Louda, who did not have far to travel from his native Czech Republic, recorded a good win over the promising young Russian, Georgii Karpov, in the quarterfinal, and then a thrilling three-game win over third seed, Lee Chia Hao.

Come the final, Louda clinched the first game 21-18, but then Torjussen fought back to level the match with a solid 21-12 game. At this point, it looked like perhaps the tough three-game semifinal for Louda was taking its toll, but he managed to find a second win and won 21-15 in the final game.

Sandorhazi shocks seeds
In the women’s singles final, Hungary’s unseeded Vivien Sandorhazi was a surprise participant. To get to this stage, Sandorhazi had to defeat her second-seeded compatriot, Agnes Korosi and also squeezed past the fourth-seeded Hung En-Tzu in the semifinal, 23-21 in the third game.

In the final, Sandorhazi faced another talented player from Chinese Taipei, Lin Jhih Yun, who turned out to be too strong, claiming the title with a 21-17, 21-6 win.