Preview: We do not feel the pressure

Preview: We do not feel the pressure 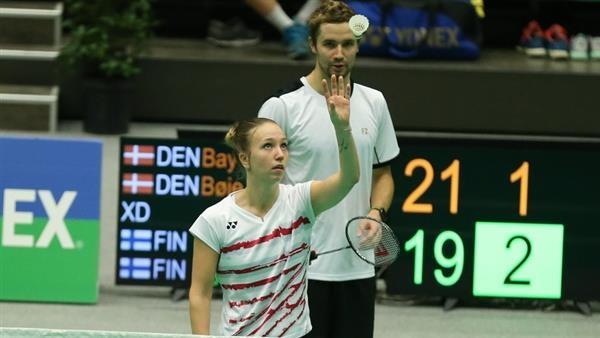 The Vantaan Energia Areena in Vantaa, Finland will be the location for another spring-time battle. A title that always attracts a great mix of players. This year, amongst the many European stars looking to sharpen their game in preparation for the fast approaching European Championships, we have young pairs with great potential from Asia, which will make for a great spectacle.

Can Denmark conquer all at Huelva?

Ones to watch
In the Men’s Singles we have Fin Kalle Kojonen, hoping to ride the wave of the home support. Something that he does rather well, and he will be hoping to improve on his quarter-final appearance last year. But also ones to watch would be Indian Sourabh Verma and Dane Emil Holst, who are both looking to regain some of their form from last year.

No. 1 seed Neslihan Yigit of Turkey, will hope to capitalise on her momentum gained from a quarter-final performance in Orleans for the Women’s Singles. But this will be made tricky with a few surprises coming out from qualification, namely last year’s finalist, Mako Urushizaki of Japan.

The same interesting dimension
The Women’s Doubles poses much the same interesting dimension. Strong European pairings, meeting young talents from Asia. Russian pair Ekaterina Bolotova and Alina Davletova, as No. 1 seeds will hope to surpass this challenge and double up on their title win they achieved across the Baltic Sea in the Estonian International earlier in the year.

The Danish hopefuls, No. 2 seeds Mathias Bay-Schmidt and Frederik Sogaard in the Men’s Doubles are coming to Finland with a very strong mind-set as Frederik states

-Our form is good, we feel in shape. I think the tournament is strong. We are going into this tournament with a faith that we can beat everyone

-It’s a tough draw with lots of strong Asian pairs so we have to play our absolutely best to reach the final. But we feel ready to give it all.

It’s always nice to play at home
The biggest cheer of the week would be heard if their Finnish Mixed Doubles pair would go all the way and win the title. As No. 1 seeds, Anton Kaisti and Jenny Nystrom will certainly be aiming for this, but say they do not feel the pressure on them, as Jenny explains

-It’s always nice to play at home of course! That we are No. 1 seeds does not give any pressure, I know that there are many good players that also could be seed No. 1, we just have most points. Our main goals are to do well at the things we have practise, hopefully that will bring us a spot in the final!

-The draw could have been better as we are facing probably a Malaysian pair from the qualification (Goh Sze Fei and Goh Yea Ching) in the first round, but we are up to the challenge.

We will certainly be looking forward to finding out who will come out on top. Find the draws for Finnish Open 2018 here.