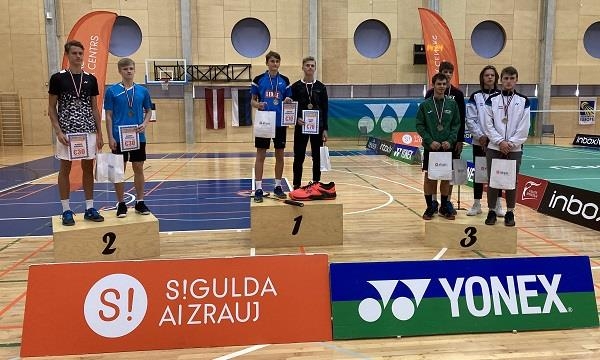 Anna Kupča became the first Latvian player to win gold at a European U17 circuit tournament.

Kupča won the final against Spanish player Cristina Teruel in her town of Sigulda, near the capital of Latvia, Riga. The other four golds at the Yonex Latvia U17 International went to Estonia. Spain took home not only silver but also two bronze medals.

The Latvia U17 International was held in the Sigulda Sports Centre for the second consecutive year. This year, the number of participants was more modest than a year ago, when young players from 14 countries participated in the tournament. This year, only four countries were represented — Lithuania, Latvia, Estonia and Spain.

Read: Milan Dratva: I’m dying to finally test it out

Our historical mission
Kristians Rozenvalds, Secretary General of the Latvian Badminton Federation commenting on this special moment for Latvia said.

The last U17 tournament played was the Yonex France U17 Open on 21 February 2020. Adding further comment on the importance of this tournament, Rozenvalds states.

-It is a great responsibility, since the fate of many of the next European U17 tournaments will depend on how successful the tournament was in Sigulda. It is our historical mission to be the first to retake the path.