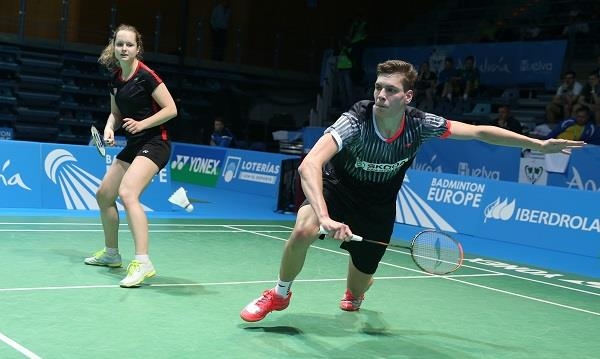 While many across Europe are still awaiting courts to be reopened to play the sport we love, the elite players are returning to our screens, and they are mightily excited!

Tournaments have been few and far between, and when they have been played, namely the Asian leg and the All England Open this year, they have been for the privileged top-ranked players. In stark contrast to this time last year, there are two tournaments running this week.

The Orléans Masters and Polish Open open up a return to court the many elite players still awaiting their turn for competitive play. There were supportive messages from players to fans during All England week to stick in there as normality is edging ever closer. Watching more players competing in tournaments again strengthens this positivity.

Badminton Europe’s Centre of Excellence went through a lockdown and has over the past months been finding its feet again with many top players training hard and eager to get playing again. Several players have their chance this week to test how their long training block has paid off.

-There has been a lot of focus on the tactical side of things and match-play. It’s been very challenging but vital with the circuit resuming this week, says Slovakia’s Milan Dratva.

The last circuit tournament he played was the 55 Portuguese International Championships, where he pushed France’s Lucas Corvee to the limit in the second round.

-I am not nervous at all, I am very confident in my preparation and my abilities. The plan is to go out there and do no less than what I do every single day, the rest will take care of itself.

Dratva is due to play Switzerland’s Tobias Kuenzi in the first round of the Polish Open 2021.

Going all out
The Slovakian number one women’s singles player, Martina Repiská, is currently occupying the last European spot for Olympic qualification and is ready to give everything on court.

-We have had an intense training period and I am super excited to use my new skills and abilities and see how far I can get. I’ve done the best I could in my preparation, and I am ready to fight and go all out.

Repiská is seeded sixth in the Polish Open and is scheduled to face Hungary’s Daniella Gonda in round one.

Dutch singles player, Gayle Mahulette, is excited to be back. She has a tough opening round in the Polish Open against fifth-seeded Spaniard, Clara Azurmendi. The last two times they met it went to three games.

-It will be exciting to play again after a long period of practice. Hope everything will go safe and well during the tournament and travelling wise.