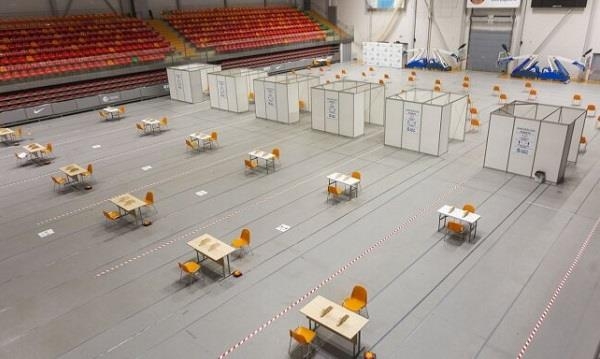 The Yonex Latvia International 2021 has been postponed to 26-29 August. Similarly, the Latvian tournament in 2020 was postponed due to COVID-19 from the beginning of June to the end of August.

-Unfortunately, for two years in a row, the Latvian tournament cannot take place on time due to COVID-19, says Kristians Rozenvalds, Tournament Director and Secretary General of the Latvian Badminton Federation.

-Previously, the Latvian tournament took place one week before the Lithuanian tournament. Our cooperation with Lithuanians was one of the success factors. Players from near and far countries took the opportunity to include two world ranking tournaments in one trip. This year, most likely, we will hold our tournament alone again, as Lithuania hopes to hold its tournament at the scheduled time from 10 to 13 June. It should be noted that the COVID-19 situation in Lithuania is currently more favourable, so I believe that the Lithuanians will succeed, states Kristians Rozenvalds.

Change of plans
In Latvia, there have been several circumstances that affected the need for change. The first is that the Vaccination Center is currently located in the Zemgale Olympic Center. There are also still problems with air travel and it is difficult to organise a meeting point at the airport of Rīga, which is only open to passengers.

-Restrictions are also important here in Latvia. But the main reason is that by the beginning of May, when the entry deadline for the Latvian tournament expires, there will still be uncertainty all over the world and this would also affect participation, explains Kristians Rozenvalds.

The 2020 edition
In 2020, Latvia organised a relatively small tournament with participants from only five countries, although initially, 118 players from 19 countries applied. However, this tournament was very important not only in Latvia but all over the world, because it was the first world ranking tournament after the COVID-19 break. The tournament was next after the prestigious Yonex All England in mid-March.

-That’s why the media wrote about the Latvian tournament all over the world, recalls Kristians Rozenvalds, adding that he would not want to hold such a small and symbolic tournament for two years in a row.

-It is necessary to return to the scale it was in 2018 when the Latvian tournament had 335 participants from 40 countries and was the largest tournament in Europe.

Separated by the net
Kristians Rozenvalds discussed that it will be easier to organise such a tournament this year.

-A year ago, we were the first to learn from our experience, then there were no such well-balanced guidelines for epidemiological safety. Everything is now described in detail, including how to start games, how to umpire games, how to handle coaches and line judges, how to organise the Awards Ceremony. Compared to other sports, badminton is an epidemiologically safe sport, because the players are separated by a net, there is no direct contact with each other, says Kristians Rozenvalds.

In 2021, the Yonex Latvia U17 will also take place in the country. This tournament is scheduled for Sigulda Sports Center from 28 to 31 July. There are currently no plans to postpone this tournament.