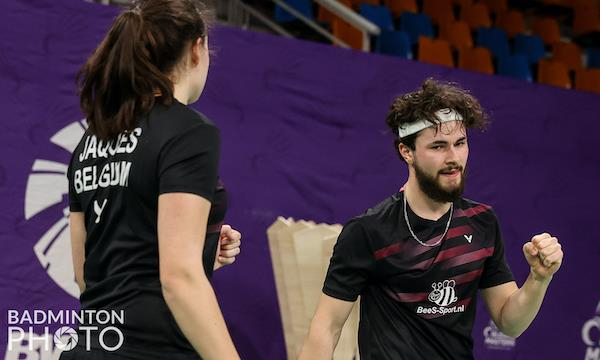 Following the cancellation amidst COVID-19 last year, Leuven is ready to host the Belgian International once again. The tournament starts today and will conclude on Saturday.

Despite being categorised as an International Challenge on the badminton circuit, the tournament has had many winners in the past, who went on to be among the best in the world. The 2017 Belgian International is well known as the comeback tournament of Kento Momota, the current World No. 1. This year’s draw also promises a lot of future stars.

An open draw
The men’s singles category features numerous athletes of similar calibre, so the trophy is for anyone’s taking. While Pablo Abian and Subhankar Dey find themselves on the extreme ends of the main draw as the top two seeds, the third-seeded Felix Burestedt is the sole Centre of Excellence (CoE) representative there. However, the CoE player Milan Dratva features in the qualifying draw.

While the German athlete Max Weisskirchen is the fourth seed, the men’s singles has a strong French and Danish list. These include some prominent names in the European Junior circuit: Arnaud Merkle, Alex Lanier, and Yanis Gaudin and Victor Svendsen, Mads Christophersen, and Magnus Johanessen respectively.

An impressive CoE participation
There are four CoE players in the women’s singles draw: Martina Repiska (third seed), Gayle Mahulette (eighth seed), Katerina Tomalova, and Anna Mikhalkova (qualifiers). They have the potential to get good results on the big stage, in the absence of any Top 50 player.

While Aliye Demirbag of Turkey is the top seed, Natalia Perminova spearheads the bottom half of the main draw. However, the Indonesian prodigy Putri Kusuma Wardani, albeit unseeded, remains the title favourite. The winner of the recently-concluded Czech Open has turned in some impressive performances this year.

In women’s doubles, Christine Busch/ Amalie Schulz and Julie Macpherson/ Ciara Torrance are the top two seeds. However, it would not be surprising to have the budding partnership of Debora Jille/ Cheryl Seinen as the eventual champion.

Christine Busch is the first seed in mixed doubles as well, along with her partner Rasmus Espersen. The recently-crowned Czech Open winners Kai Terry/ Tan Hei Wan are the other top contenders for the trophy.