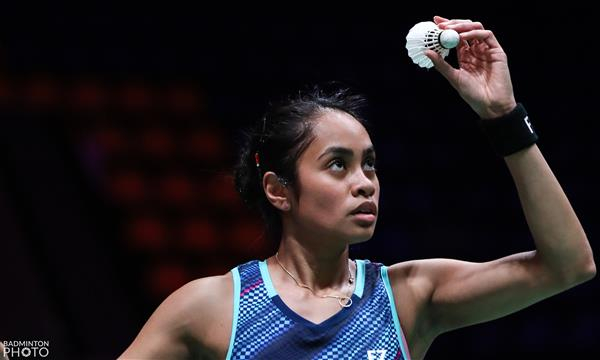 The international tournament had to be cancelled last year for the first time since its conception in 1974. However, the 2021 edition will be underway from 3-6 November.

With many top players contesting the ongoing Hylo Open, the Hungarian International is a great chance for the young talent to showcase their potential.

While Luke Wraber and Kim Brunn are the top two seeds in the men’s singles, Milan Dratva represents the Centre of Excellence (CoE). The Belgian Julien Carraggi and the Olympic athlete Matthew Abela will be the ones to watch, having had the experience of playing against the very best recently. Teenagers Joakim Oldorff and Matthias Kicklitz are in the qualifying draw and will wish to build up on their success at junior level.

A CoE player as top seed
Gayle Mahulette is the women’s singles top seed and one of the top contenders for the title. Interestingly, her biggest hurdle will likely be in the first round itself as she faces the Dutch Open 2021 runner-up Abigail Holden. The third seed Agnes Korosi and Yasmine Hamza also have the potential to go all the way. Another CoE player Weronika Gorniak finds herself in the qualifiers.

Can Lauritzen/ Vestergaard make a breakthrough?
Despite being third seeds, the Danish youngsters Emil Lauritzen/ Mads Vestergaard have a golden opportunity to finally win an international title. They can expect to face stiff competition from the top seeds Rory Easton/ Zach Russ, the Serbians Andrija Doder/ Mihaljo Tomic, and Anton Kaisti/ Jesper Paul.

Katharina Fink/ Yasmine Hamza look set to take the women’s doubles title, as they stand out as perhaps the best pair in the mix. They are seeded second after Alzbeta Basova/ Michaela Fuchsova. Sara Loncar/ Andjela Vitman and Clara Lober/ Mette Werge are the other promising pairs in the draw.

Plenty of talent in mixed doubles
Jona Van Nieuwkerke/ Lise Jaques and Miha Ivancic/ Petra Polanc are the top two mixed doubles seeds, but there are multiple other exciting pairs in the category. Vestergaard and Lober will be pairing up in the mixed doubles. Even though the Danes are placed in the qualifying draw, they are talented enough to go deep in the tournament. Similarly, Tomic and Vitman will play together and hope to repeat the success of the Cyprus International last month.