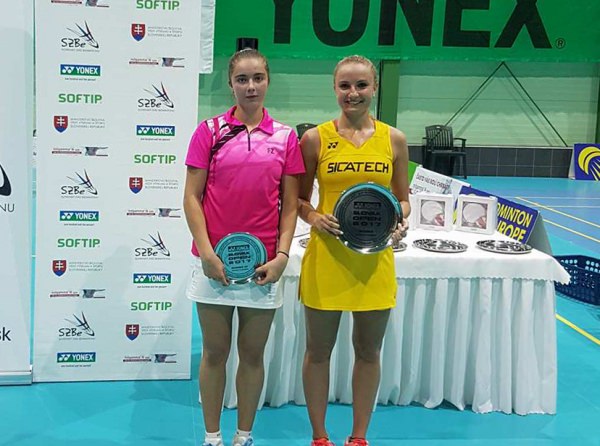 There is no one more surprised as Laura Sarosi this week after the Hungarian stormed to the women’s singles title in Slovakia beating 2017 European junior runner up Marina Ilyinskaya in the process in two games. Indeed Sarosi did not open her racket bag for five months after the Olympics in Rio which has seen her world ranking drop from mid 60’s down to her current ranking of 350.

In today’s final Sarosi was never troubled by the emerging Ukrainian and played an almost flawless tournament where she was only taking to a deciding set on one occasion and that match was against top seed Natalya Voytsekh.

“It is nice to be back here again playing and winning” said Sarosi immediately after her victory. “I did not even open my racket bag for 5 months after the Olympics so this is a surprise. Of course I would like to thank everyone who made this possible and for me the season has just started.” 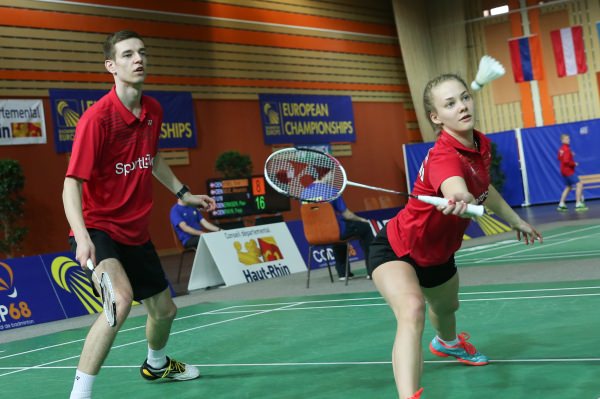 After Sarosi’s victory for Hungary four additional nations climbed the top step of the podium in one of those rare circuit phenomena.

Ahead of the tournament number 4 seeds Basova and Fuchsova were fancied in the women’s doubles and the Czech pair delivered in two easy games over Poles Dabczynska and Goszczynska. An excellent tournament for the Czech pair only dropping a single set on their way to the title.

Poland got their name on the winner’s trophy thanks to Smilowski and Swierczynska (pictured above during European juniors 2017) in the mixed doubles. The Poles had beaten top seeds Basova and Bitman as early as round two and carried that form into today’s final. A three set win for the Poles after losing the opening game to Kristensen and Jorgensen of Norway represented a good week’s work for the European junior bronze medallists.

In the final match of the day, which ran to almost an hour, Slovenia’s Andraz Krapez upset the seeding to beat Scotland’s Matthew Carder in three games. After sharing the opening games it was the Slovenian who held his nerve in the end to win 24-22

For all results from the Yonex Slovak Open click HERE