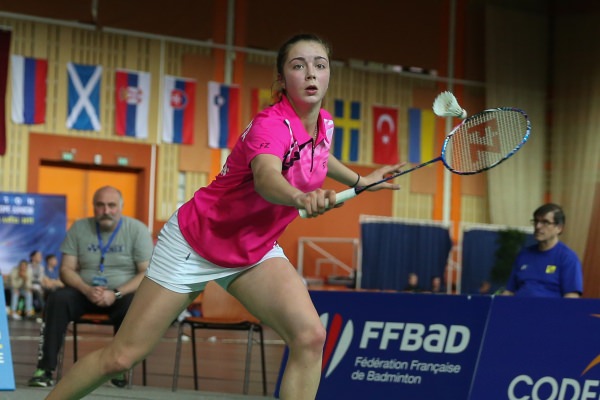 The Kharkiv International returns this week after a break in 2016. As the first post summer International challenge rated tournament the trip to Ukraine is the first chance for Europe’s circuit players to test themselves at the highest circuit level ahead of a busy September across Europe.

After a run to the final last week in Slovakia local girl Marina Ilyinskaya will be in confident form ahead of her home international but a tough opening round against tournament top seed will test the European Junior silver medallist. Ilyinskaya faces Linda Zetchiri as the Bulgarian looks to progress beyond the quarter finals of a tournament for the first time in a year.

That being said Zetchiri has been playing most of her badminton amongst the world’s elite this past year so a drop down to International challenge level should bear some fruit.

“I am happy to start the season with such a good result in Slovakia.” said Ilyinskaya speaking to Badminton Europe. “Even though I lost the final there I can take good feelings and bring them forward to this week at home. This week I of course want to fight to win even with a tough first round. I want to show that my summer work is paying off and give good performances.”

Ukraine are well represented in the women’s singles with Maria Ulitina seeded two for the tournament and a potential quarter final against Mariya Mitsova will most likely decide the destination of a medal. Natalia Voytsekh is in the top half of the draw alongside Zetchiri and if Ilyinskaya fails the more experienced Ukrainian will look to pick up the slack for the home nation.

Like the women’s singles one of the home nations medal hopes in the men’s singles has a tough draw to kick of his title aspirations. Artem Pochtarev faces an opening match against Thomas Rouxel from France. The Frenchman is seeded 8 and if everything clicks will challenge for the title.

Others that may emerge from the pack are Jan Louda of Czech Republic and the ever improving Hungarian Gergely Krausz, both of whom are edging ever closer to the podium on the BEC circuit. 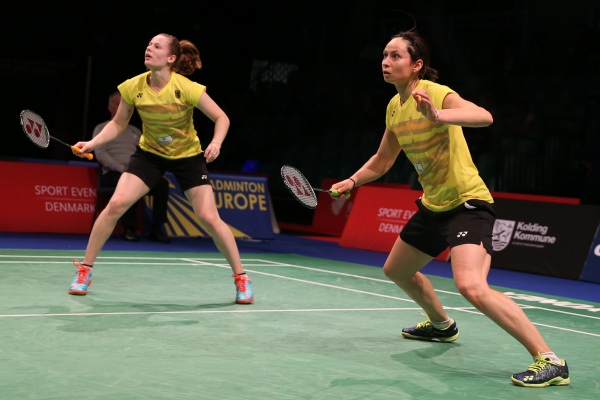 India arrive well prepared across all the doubles events with top seeds in men’s, women’s and mixed doubles. In the mixed doubles the long established pairing of Natarov and Kazarinova might be able to pull a rabbit from the magic hat to upset the odds.

In the women’s doubles German pair Goliszewski & Kaepplein (pictured above) will look to bounce back from a poor performance at the World Champions and revive their circuit form that took them to the semi final at the White Nights at the beginning of the summer.

The vast experience of Druzchenko and Atrashchekov will possibly have some cards to play in the men’s doubles. Druzchenko won the men’s doubles title in Slovakia last week alongside his son and this week will have the element of surprise in their opening match against 3rd seeded Indians Devlecar & Sharma. Do not be surprised to see the winner of that opening round men’s doubles tie to go very deep into the tournament.