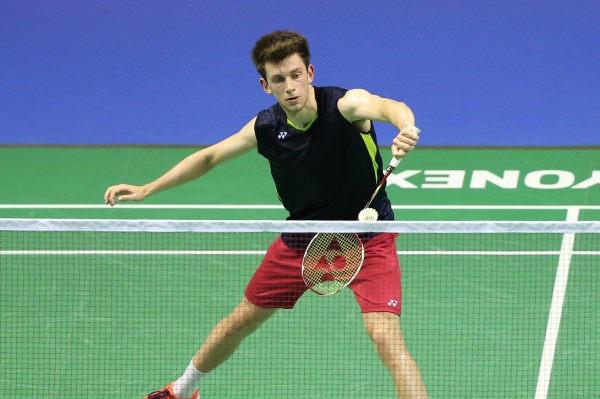 England’s Toby Penty claimed the men’s singles title at the Kharkiv International this morning doubling up on his circuit success for the year after landing the Swedish International title back in January. The Swedish success was Penty’s maiden circuit title after many near misses and today’s win is another step in the Englishman’s progression adding this International challenge to his International series win in Sweden.

Penty had a reasonably untroubled route to today’s final. Only Thomas Rouxel of France pushed the Englishman in the semi final with the match going to a deciding set. Penty won that decider 21-10 which was a true reflection of his form.

In today’s final Penty came up against Lee Cheuk Yiu of Hong Kong. Lee had come through a pair of though three set battles in both the quarter and semi final and Penty was clearly the fresher player as he eased to 21-17 21-13 victory.

“Kharkiv International Challenge winner. Happy with the level I played and a couple more steps on that never end ladder climbed today” said Penty via his official Instagram page.

India’s K. Nandagopal was the most prolific winner on finals day lifting both the opening mixed doubles alongside Mahima Aggarwal before completing the doubles winning the men’s doubles title with partner Rohan Kapoor. 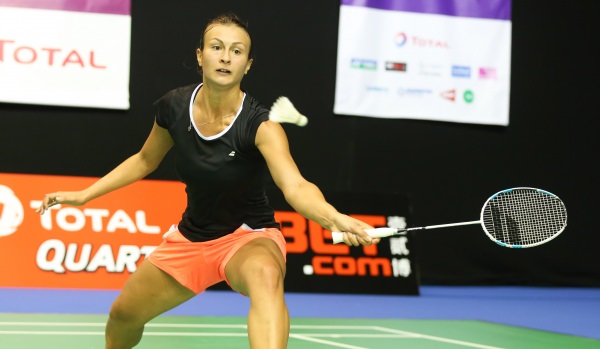 Coming into this week’s Kharkiv International the home nation would have had justified desires on the women’s singles title. Mariya Ulitina was seeded two and also in the field was European junior runner up Marina Ilyinskaya.

Making up the trio of title contenders was Natalia Voytsekh (pictured above) who was seeded seven on home turf. Voytsekh beat Ilyinskaya early on to give a strong indication of her form before coming through a three set semi final against Helina Ruutel of Estonia.

In today’s final Voytsekh had to come back from a set down to see of the challenge of India’s Sri Krishna Priya Kudaravalli. Voytsekh trailed 19-17 in that deciding set but won three consecutive points to give herself championships point at 20-19. The Indian thwarted that first match point and again at 21-20 before the Ukrainian settled to complete the home win 23-21 in a match that lasted one hour.

There was no double joy for Voytsekh in the very final match of the day as German pair Goliszewki and Kaepplein lifted the women’s doubles beating Voytsekh and Ulitina in two games.

It proved to be the easiest of title wins for the Germans who strolled to gold without dropping a set en route to gold.

For all results from today’s finals in Kharkiv click HERE