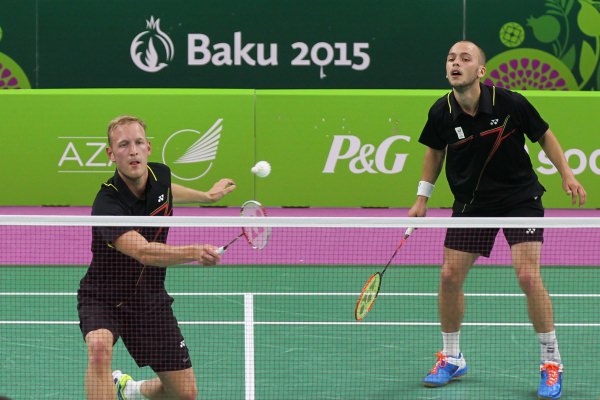 You know the summer is over when the annual Yonex Belgian International rolls around. The tournament, which is one of the jewels in the crown of the Badminton Europe circuit, signals the unofficial start of the circuit season where the majority of Europe’s elite come out to play, to test themselves and their summer preparations.

One of the main features of the Belgian International each year are the huge draws with a full qualification campaign set for Wednesday and a host of reserve players hoping their luck will kick in with a late call up to the tournament.

The home nation will look to men’s doubles third seeds Freek Golinski and Matijs Dierickx to live up to their seeding and push for a podium. Lianne Tan will also look to put a smile on the home fans faces with a run in her home event, a tournament that has been less than successful for the ever smiling Belgian over the past years.

Golinski and Dierickx have a tough draw with a likely second round match against Kasper Antonsen and Niclas Nohr the recent winners of the Hellas Open. The Danes are a quality pair and they themselves will have desires on the title come Saturday evening.

Team Denmark have a host of quality men’s doubles players in the draw and it will fall to the likes of top seeds and recent English national champions Briggs and Wolfenden to prevent a Danish clean sweep.

As in previous years Lianne Tan has drawn one of the hardest opening rounds possible. A match against second seed Mette Poulsen will test the Belgian to her core. However, If Tan can somehow come through that opener the draw opens out for her and a run to the medals is highly possible.

Corrales is the customary top seed on the circuit but the Spaniard will have one eye on a possible quarter final against Luise Heim (pictured above). The German is one of the most improved players on the circuit this past year and grows in confidence with each passing match.

It is also worth looking deep into the women’s singles qualification draw where we see Soraya DeVisch Eijbergen. The Dutch star is finding her feet again on the circuit after injury and if she can overcome the qualification hurdle she will eye up a first round tie against fifth seeded Russian Natalia Perminova. Euro U17 champion Line Christophersen also appears in the qualification draw and no matter what this week’s outcome the Dane is a potential star for the future.

England’s Lauren Smith and Sarah Walker (pictured above) have become one of the most feared women’s doubles partnerships on the circuit since the Rio Olympics. Smith won the 2016 edition in Belgian alongside Chloe Birch before forming a long term partnership with Walker.

The English will be favourites once again but find themselves in the tough half of the draw. Selena Piek starts her new partnership alongside Cheryl Seinen and the Dutch should face the English in round two. Nestled in the same half of the draw are European junior champions Emma Karlsson and Johanna Magnusson. Waiting for them all come semi final are last Sunday’s winners in Ukraine. Goliszewski and Kaepplein which makes the top half of the draw a mouth-watering prospect.

In the mixed doubles Ronan Labar and Audrey Fontaine return to defend their title. The French ironically are likely to feel the heat from the other four French pairs in the main draw and the lurking unseeded presence of Dutch duo of Piek and Arends are only a marginal gain away from getting back to their top form. Danes Mikkel Mikkelsen and Mai Surrow were the pair of the year last year and once again they will be difficult to beat from the fourth seeding. 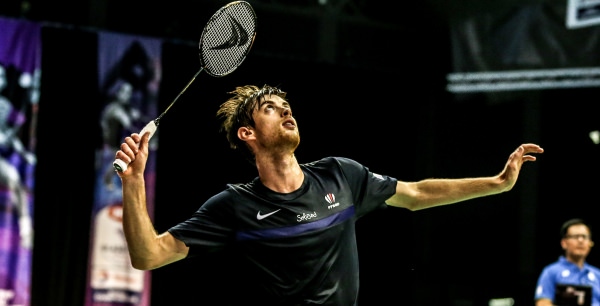 In the men’s singles Lucas Corvee (pictured above) returns to defend his title. In a strange twist of fate the Frenchman will likely have to play two of the players he beat on the way to the title last year. Rasmus Gemke has made great strides this past 12 months which included winning in Finland, his first senior title. Mark Caljouw is seeded two and is another player that has make phenomenal progress this past year.

A win in Orleans has elevated the Dutchman to top 50 ranking status but historically Caljouw has struggled at this time of year. Maybe this week is the week to change that statistic which would be no surprise given his form this past year.

England’s Toby Penty is the form player in the top half of the draw. Fresh from his success in Ukraine on Sunday the Englishman was quick to put his national loss behind him and travels to Leuven as a potential threat to the podium.

However, the entire field will be looking over their shoulders as former world number 2 Kento Momota travels to Belgium as he rebuilds his career after his betting scandal on the run up to the Rio Olympic games.

All the Yonex Belgian International action kicks off on Wednesday with qualification rounds and Badminton Europe will be on hand streaming all the action from all courts.

To view all draws for Yonex Belgian International 2017 click HERE

To view all previous winners from Belgium click HERE