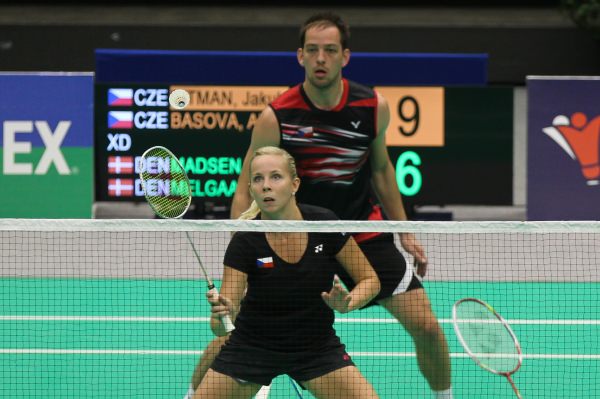 The Czech International concluded yesterday with the home nation bagging two of the three titles with success in both men’s singles and mixed doubles. There was a welcome return to the winners’ circle for Bitman & Basova winning the mixed while Milan Ludik claimed an expected men’s singles title.

The top seeded Czech pair were without a win since lifting the Slovak International back in September a tournament the same level as this week’s event in Karvina. In yesterday’s final Bitman & Basova (pictured above) came up against another Czech pair Budzel & Svabikova in what was the closest final of the day.

Both pairs shared the opening sets 21-19 with the more experienced top seeds coming through in the end 21-17 to claim the title in the deciding set. The complete mixed doubles podium was a Czech shut out with the host nation filling all four positions in the semi finals.

In the men’s singles it would have taken a total collapse for top seed Milan Ludik not to win this title on home soil. The top seed was by far the strongest player in the field and he backed up his seeding by winning the title without dropping a single set.

Just as Ludik was red hot for the men’s singles so to were Moren & Szkudlarczyk for the men’s doubles title. The Poles will probably question their participation in such a tournament as they cruised to the title as expected without dropping a game. Germans Lang & Legleitner did test them in the final but it is quite possible Moren & Szkudlarczyk could have found a third, fourth and fifth gear if they needed at any point. 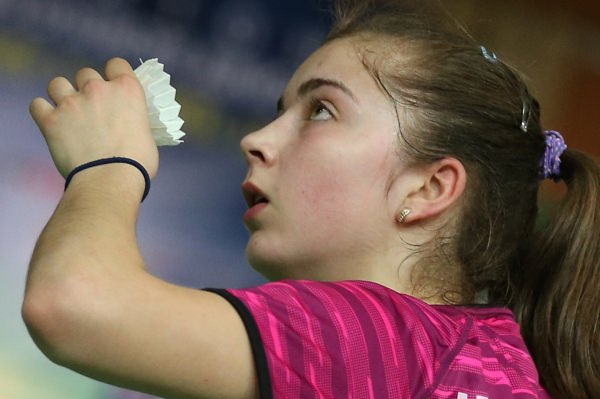 Marina Ilyinskaya (pictured above) has had a pretty decent 2017 so far. A runners up spot at the European juniors in April was this week backed up by a runners up spot in the women’s singles in Karvina. The Ukrainian came up short in yesterday’s final against Lin Sih Yun of Chinese Taipei. The Ukrainian’s good singles week was made all the more sweeter as she partnered Liza Zharka to the women’s doubles title beating the much fancied Estonian top seeds Kuuba & Ruutel to the title.

Zharka & Ilyinskaya dropped the first set but came roaring back to win in three games for their first senior success as a women’s doubles pair.

For all results from finals day in Karvina click HERE