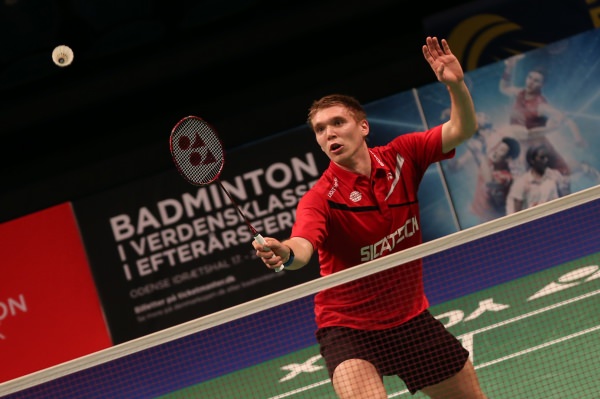 The Badminton Europe circuit takes a trip to Karvina this week for the first of a quartet of future series rated tournaments with local Czech players likely to figure on the podium across all five disciples.

In the men’s singles Czech players occupy both the top two seeded positions and given their experience in this entry level senior tournament both Milan Ludik (main picture) and Adam Mendrek would be expected to breeze through their respective sides of the draw for an all Czech final.

Hungary’s Agnes Korosi is the top seed in the women’s singles but will be tested by a series of emerging juniors with Czech birthday girl Tereza Svabikova looking to make the leap from junior to senior. Ukraine’s Euro junior runner up Marina Ilyinskaya is also not far away from her maiden senior circuit success while seasoned Czech pro’s Katerina Tomalova & Zuzana Pavelkova will be looking to keep the young guns at bay. 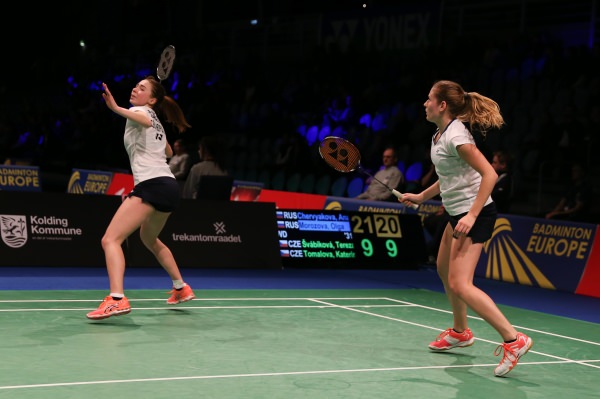 Estonia’s Kristen Kuuba & Helina Ruutel will be hot favourites for the women’s doubles title after a year growth on the senior circuit. Svabikova partners Tomalova as second seeds in the women’s doubles and will be buoyed after their recent appearance at the European Championships in Denmark (pictured above)

In the men’s doubles there really can be only one winner as Moren & Szkudlarzczyk make the short trip across the border from Poland to box way below their weight at future series level. The Poles have been a mainstay of the circuit over the past number of seasons and we would be more akin to them lifting international challenge tournaments, two steps higher on the ladder above this week’s tournament.

In the mixed doubles the home nation will expect Basova & Bitman to deliver as they too drop back to future series level. The Czech pair have had a pretty poor 2016/17 season by their own high standards and could look to this week to try and get a win, their first since the very beginning of the season back in September in Slovakia.

If they click and are motivated to win there is no other pair in the draw to trouble them. However, arrive in Karvina complacent and any one of a handful of emerging junior pairs will be only too happy to take them down.