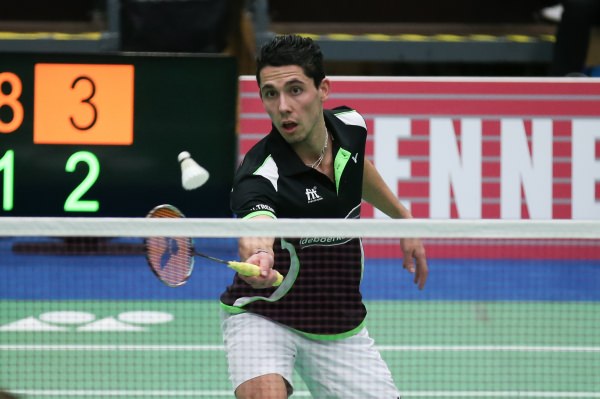 It has been a long time coming for Eric Meijs (pictured above) but today the Dutch man finally got to taste victory and climb the top step of the podium at an international tournament winning the men’s singles title at the Slovenia International.

With countless quarter finals and semi final results to his credit over the past years Erik Meijs has become one of circuits more consistent performers. Consistency is one thing and being crowned a champion is something completely different. Today the Dutchman proved that he has what it takes to be a champion as he put a run of five matches together to finally climb the top step of the podium.

A close semi final win in two tight games over Iikka Heino put Meijs within touch of the title leaving Indonesia Adi Pratama the only obstacle in his run to glory. The Indonesian had suffered a final loss at the same stage in 2016 so was sure to be tough opposition for Meijs.

Both traded blows in the opening sets sending the title into a deciding rubber. It was Meijs who held his nerve to finally get the win his career deserved and the Dutch man was obviously delighted with his victory.

“Very good news from Slovenia. I have finally won an international tournament. I had to go very deep in the final against Pratama of Indonesia but after three sets I managed to come out the winner. I will now race the click to the airport but a least I can to that with a smile on my face” said Meijs via his official social media channels. 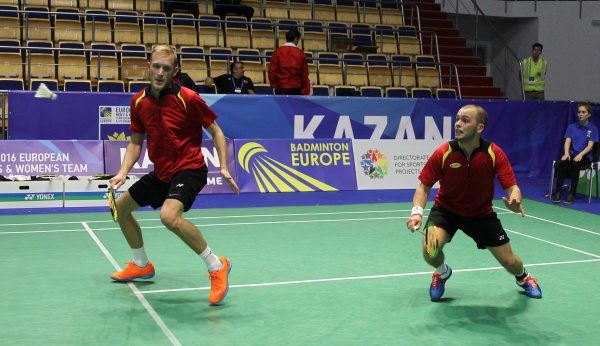 Belgian pair Mathijs Dierickx & Freek Golinski (pictured above) got themselves within an earshot of a European medal two weeks ago in Kolding at the European Championships. Today in Medvode the Belgians justified their top seeding and their European form by lifting the men’s doubles title in two games over Danish pair Jeppe Bay and Rasmus Kjaer.

The Belgians had to dig deep in their semi final where they beat German duo Heinz & Benz in three games before coming through in convincing fashion in today’s final beating the Danes 21-13 21-16. 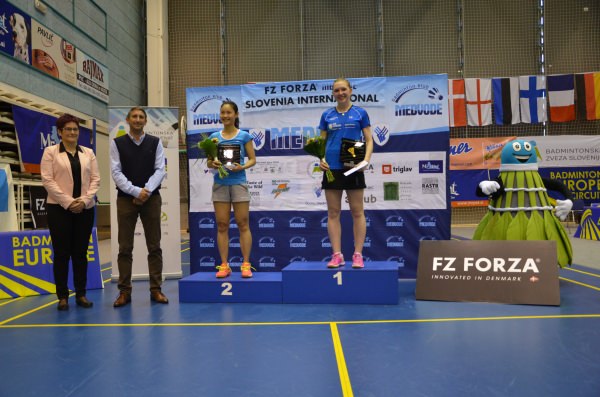 Elsewhere Dane Julie Dawall Jakobsen defended her women’s singles title while Mikkel Mikkelsen and Mai Surrow confirmed their status as the top mixed doubles pair on the European circuit this season by lifting back to back Slovenian titles in what has been a highly successful 12 months from the Danish duo.

It proved to be a frustrating day for England as Jenny Moore ended up on the losing side in both the mixed and women’s doubles. After losing the mixed final to the Danes alongside Gregory Mairs the English woman partner Viki Williams to runners up spot in the women’s doubles. This time it was Russia’s Arkhangelskaya & Rogova who dealt the killer blow to the English woman who summed up her day’s work in Medvode via her facebook page. “Only two words to describe how I feel right now…. Tired and sad” Moore will be back to fight another day for sure with circuit success likely to follow.