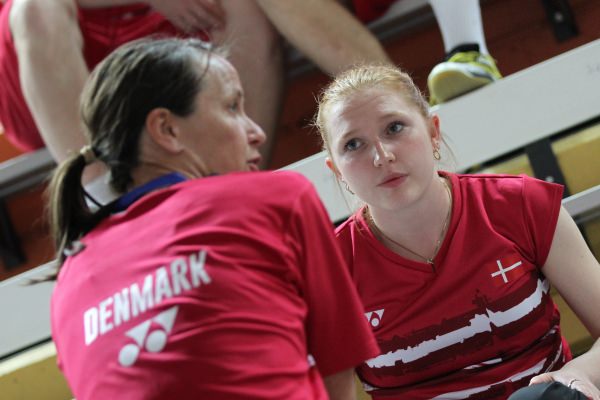 The 2017 FZ FORZA Slovenia International is the next instalment on the BEC circuit and as the only International series rated tournament in Europe in the month of May has attracted a large field with 2016 champions in both women’s singles and mixed doubles back to try and defend their titles.

The women’s singles sees Julie Dawall Jakobsen back to defend her title. The Dane, the recently crowned European junior champion, will be one of the big favourites to lift the title but will not even look beyond the opening round where she plays her opponent from that Euro junior final Marina Ilyinskaya of the Ukraine.

Jakobsen is seeded four for the tournament and has players such as Lianne Tan (BEL), Irina Andersen (DEN) and top seed Airi Mikkela (FIN) in her half of the draw. In the bottom half Sofie Holmboe Dahl, who incidentally leads the yearly circuit standings in women’s singles, will be fancied and will look to overturn her defeat to Jakobsen in last year’s finals.

Belgium’s Maxime Moreels is top seed in the men’s singles and the Belgian and Dane Mads Christophersen will feel confident of bettering their semi finals spots from 2016. England’s Sam Parsons and Erik Meijs of The Netherlands will also be ones to watch this coming week in Medvode. 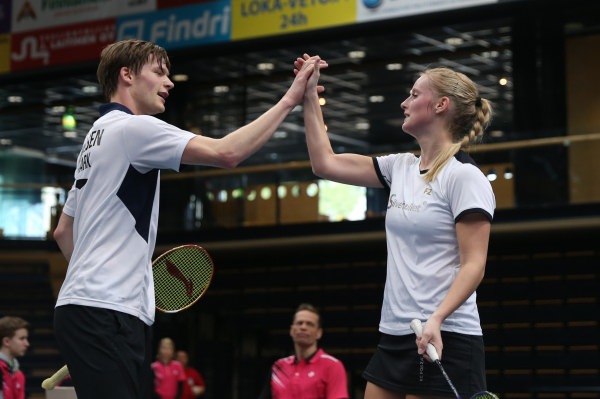 Surrow & Mikkelsen the form pair and one to beat

Mai Surrow & Mikkel Mikkelsen (pictured above) have been the form pair on the BEC circuit this season. The Danes lead the Badminton Europe circuit standings in mixed doubles with four wins, a runners up, a semi final and a pair of quarter finals since their victory in Slovenia 12 months ago. A formidable pair and the ones to beat this week.

England’s Matthew Clare and Victoria Williams will be a tough test for the Danes in round two but Mikkelsen and Surrow would expect to come through that encounter. If they do they the draw opens up and the Danes would be fully expected to do the Slovenian double.

Jennie Moore & Victoria Williams travel to Slovenia as women’s doubles top seeds and will be confident after a confidence boosting performance at the recent European championships in Denmark. Down the bottom half of the women’s doubles draw is the potentially second round block buster between newly crowned European junior champions Karlsson & Magnusson of Sweden and Ruttel & Kuuba of Estonia. If this second round match comes to pass expect the winners to go a long way in the competition.

Finally the men’s doubles see Dierickx & Golinski as top seeds and the Belgians have been improving steadily this past season which culminated at the recent European Championships where they just missed out on a medal. They should have what it takes to beat all comers in Slovenia this week but do face a potential banana skin semi match against Knudsen and Mikkelsen of Denmark.

To view all historic winner of the Slovenia International click HERE