Emerging Turkish junior Aliye Demirbag was the big winner on finals day taking both the women’s singles title and mixed doubles title alongside Osman Uyhan. As expected Russia did lift the women’s doubles title as Kut & Serebriakova blasted their way to the title in just 22 minutes. The Russians beat Romanian pair Ilie & Luiza in today’s final and didn’t drop a set in a tournament where they were rarely troubled or even tested. 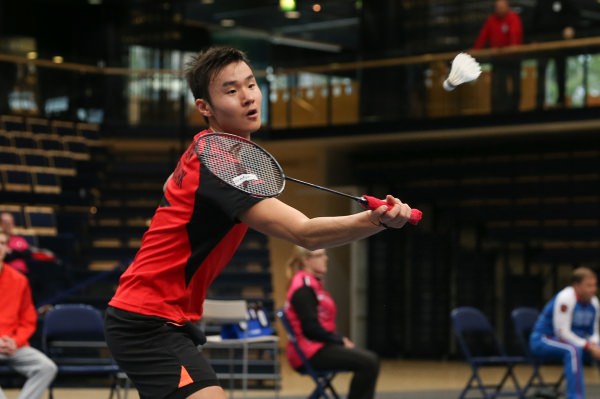 Kim Bruun (pictured above) executed his revenge over Ivan Rusev in the men’s singles final. The Dane was beaten in last year’s final by the Bulgarian with Rusev having a 2-0 positive head to head record against the Dane on Greek soil dating back to 2013.

In today’s final Bruun’s intentions were clear from the outset. The Dane blasted his way to a 21-9 win in the opening game. Rusev did battle back in the second set to make Bruun work for the title but the Dane secured the 2017 bragging rights with a 21-18 second set win against the player he has struggled with in the past.

For all the results from the 2017 Hellas International click HERE