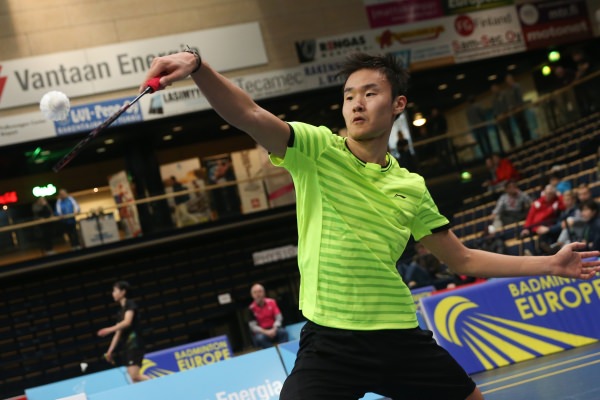 After the excitement of the European Championships last week the Badminton Europe circuit resumes this week with a trip to Sidirokastro, Greece for the future series rated Hellas International. Denmark’s Kim Bruun returns as the hot favourite in the men’s singles and will resume his Greek battle against Ivan Rusev.

Bruun is no stranger to Greek courts after a runners up and winners medal last year at both the Hellas Open and Hellas International. Bulgarian Rusev beat the Dane in the final in Sidirokastro last year and both return as the main protagonists in the men’s singles.

In the women’s singles Austria’s Sonja Langthaler is top seed but with a host of Turkish athletes making the trip, players such as emerging juniors Demirbag and Inal may just feature for the Turks. 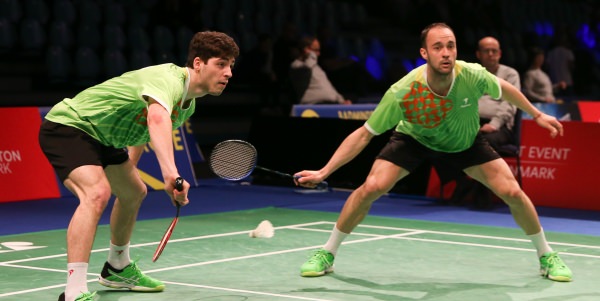 Rusev & Nikolov back to defend 2016 title

Last year Bulgaria swept the board winning all five title at the Hellas International. Bulgarian men’s doubles pair Ivan Rusev & Daniel Nikolov (pictured above) will be favourites to go back to back with Greek titles and will be full of confidence after mixing it up with Europe’s elite in Kolding last week.

Swiss pair Bonny & Tripet will have desires themselves on the title from the top half of the draw but the biggest threat to the Bulgarians will be second seeded Germans Benz & Heinz who have all the weapons to down the Bulgarians.

Heinz teams up with Annika Horbach in the mixed doubles and will be the ones to watch from their seeding of two for the tournament.  Team Russia also have a number of athletes traveling and Ekaterina Kut has the opportunity to do the double in both mixed and women’s doubles.

All the action kicks off on Thursday with qualification. For all draws for the 2017 Hellas International click HERE.