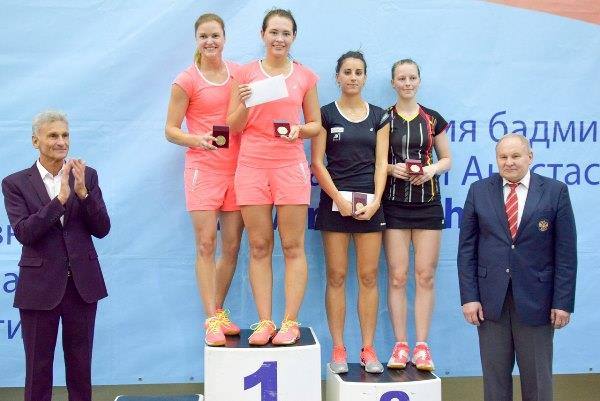 3 out of 5 finals had Russian entries in Gatchina, yesterday. And it was the ladies who pulled through with two victories for Russia in women’s singles and women’s doubles.

The European bronze-medalists Anastasia Chervyakova & Olga Morozova did not waste their time last week as they could step on the top podium at White Nights without losing a single set. Their French opponents had a great warm-up leading up to the final as they had already beaten two Russian pairs. But maybe Chervyakova and Morozova’s defeat in the final last year, was all the motivation they needed for them as top seeds to win; 21-8, 21-15.

Following her defeat in the final at Spanish International, Evgeniya Kosetskaya of Russia followed her countrywomen on top of the podium, yesterday. On her way to the final she surpassed Delphine Lansac (FRA) in the quarter-final and Clara Azurmendi (ESP) in the semi-final, before a victory in three sets against Neslihan Yigit (TUR) in the final.

Yigit had a winning strike the week before in Slovenia at the EUSA European University Badminton Championships, where she won the title in women’s singles and the team event with Uludag University. Even though Yigit defeated the top seed Corrales (ESP), she had to settle for the second place as Kosetskaya won the final; 21-8, 15-21, 22-20. 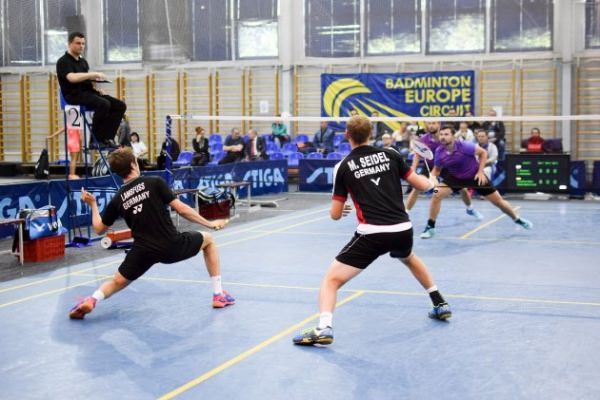 Double up for Seidel
Marvin Emil Seidel of Germany was the biggest winner of the tournament as he opened the finals on Sunday with a victory in mixed doubles with Linda Efler, and finished off with yet another victory with Mark Lamsfuss, in men’s doubles.

The Russian top seeds in mixed doubles, Evgenij Dremin & Evgenia Dimova, missed their chance in the semi-final last year to another German pair, and this year the semi-final was their last stop yet again as they were unable to surpass Seidel/Efler.

Seidel had the pleasure of beating his doubles partner Lamsfuss with Isabel Herttrich in the all-German mixed doubles’ final. But the two german guys had to work together in men’s double against Konstantin Abramov & Alexandr Zinchenko of Russia. And work together they did; After a close first set, they could finish as men’s doubles winners with the score: 23-22, 21-14. 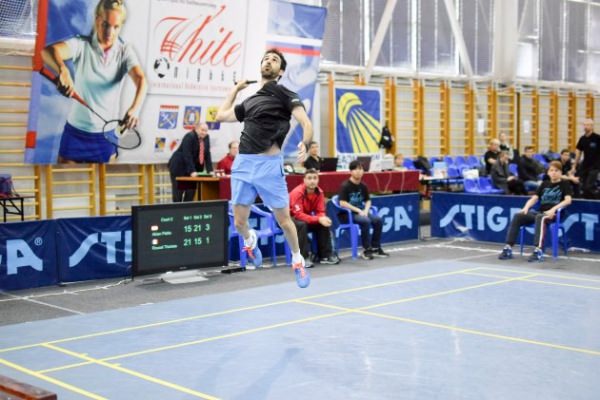 Pablo Abian, another Spanish top seed, lived up to the expectation in men’s singles and secured the title in men’s singles. Abian was also seeded first in the previous Circuit tournament Spanish International, where he was unable to get past the 1st round. This time around Thomas Rouxel of France was his opponent, and their final lasted one hour and five minutes.

See all results from White Nights 2017 by clicking here.

Including Canada Open, US Open and Russian Open, White Nights are one of the last chances to fine-tune the shape before the TOTAL BWF World Championships in Glasgow, next month.