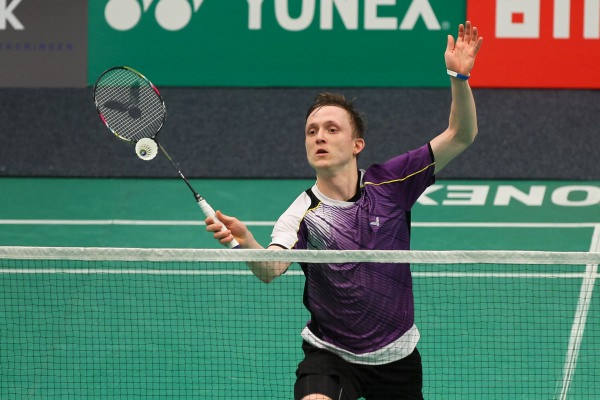 After a poor 2017 showing to data Germany’s Kai Schaefer (main picture) finally put some icing on his 2017 cake by lifting the men’s singles title in Jelgava. The German beat Kasper Lehikoinen to consign the Finn to his second consecutive runners up spot in Latvia.

Schaefer, top seed for the tournament, gave an indication of his form as early as the second round where he defeated multiple circuit winner Misbun Ramdan Mohmed Misbun in three games. Another three games win in the semi final against Jan Louda suggested the German was mentally in tune to get any potential tight match over the line.

Ironically in today’s final Schaefer probably had his easiest game of the tournament as he outclassed Lehikoinen to win in an easy two set match 21-11 21-14.

For the third consecutive week Czech pair Budzel and Zvabikova came up short in a mixed doubles circuit final. This week the Czech’s came unstuck against the young French pair Moinard and Delrue. At just 16 years of age the French have a bright future ahead and have now broken their senior circuit duck with and handful of junior years still in reserve. 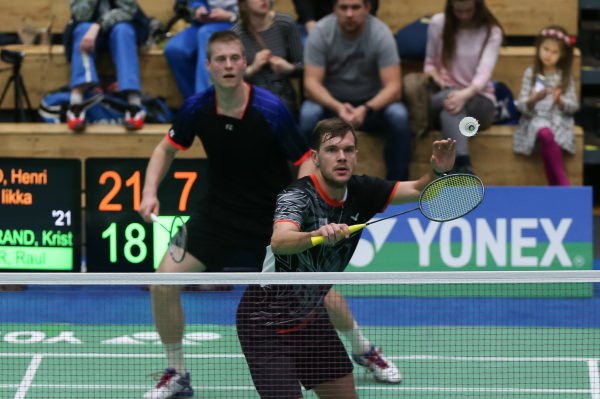 In one of those rare tournament occurrences five different countries climbed the top step of the podium across the five disciplines on finals day.

After German and French victories in the men’s singles and mixed doubles China came out on top in the women’s singles thanks to qualifier Qi Xuefei who beat Olga Arkhangelskaya in two games. Estonia got their rewards for a good tournament as Raul Kasner and Kristjan Kaljurand (pictured above) lifted the men’s doubles title in two games beating French pair Gangloff and Rodrigues. 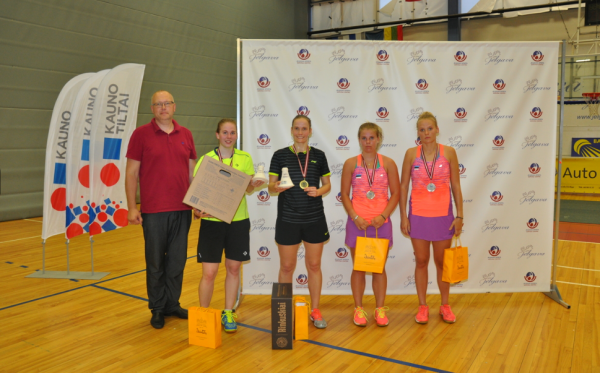 Estonia had the opportunity to do a doubles double in the final match of the day. Things looked to be going according to plan after top seeds Kristin Kuuba and Helina Ruutel took the opening games against Olga Arkhangelskaya and Natalia Rogova.

The Russians came back to level before taking the title in the third set with a 21-19 win which was some consolation for Arkhangelskaya after loosing the earlier women’s singles final.