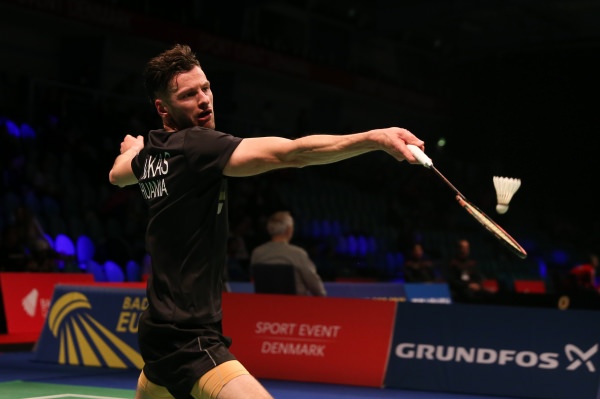 Kestutis Navickas has been the main stay of Lithuanian men’s singles for the past decade where he reached a career high world ranking of 38 back in 2011 ahead of the London Olympic. With only a European Championships appearance this year post Rio 2016 the 33 year old will be an outsider to lift the title this week in Kaunas.

Navickas, a twice winner of his home international, will take to the courts in the toughest of all opening rounds as he faces off against Kai Schaefer, the winner in Latvia just a few short days ago. The German had a poor 2017 to date but the win in Jelgava will inject fresh impetus into his confidence reserve and he will be one of the favourites again this week.

Navickas will enter the match with zero to prove and nothing to fear and if the German is suffering in any way from fatigue following his exploits last week in Latvia the experienced Lithuanian will be there to pounce.

Newly elected BWF athletes commission member Akvile Stapusaityte returns to her home land to head up a three-pronged attack on the women’s singles event. Alongside Vytaute Fomkinaite and Gerda Voitechovskaja the Lithuanian contingent is strong in numbers in the main draw and with the stars aligned may have a bearing on the podium positions. 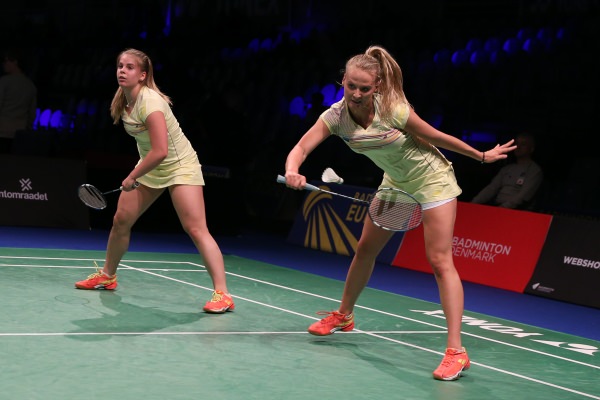 Tereza Zvabikova and Filip Budzel make the short trip to Kaunas as the form mixed doubles pair over the past month in our quartet of future series tournaments. The Czech pair have made all three finals in Latvia, Romania and their home tournament in Karvina but failed to win any.

The world and his dog will have their fingers crossed for the Czech pair this week and no one would begrudge them the win they deserve. It will be a tough task as on their side of the draw are Latvian winners Moinard and Delrue of France while Polish second seeds and bronze medallists from the European Juniors championships, Pawel Smilowski and Magdalena Swierczynska will be fresher coming into the tournament.

In the men’s doubles Moren & Szkudlarczyk are back to defend their title and barring injury or something else catastrophic the Poles should cruise to the title as they did three weeks ago in Karvina.

Kristin Kuuba and Helina Ruutel (pictured above during the European championships) will feel they have some unfinished business this week after a pair of second places over the past few weeks in Latvia and Czech Republic. If they are going to get the win this is the week to do it as they will be the big favourites and should have the edge over the rest of the field.

It will be a big ask however both mentally and physically and only time will tell if the Estonians have it in their locker to convert those second places to winning medals.

For all draws for this weeks Yonex Lithuanian International click HERE

For all previous winner of the Lithuanian International click HERE