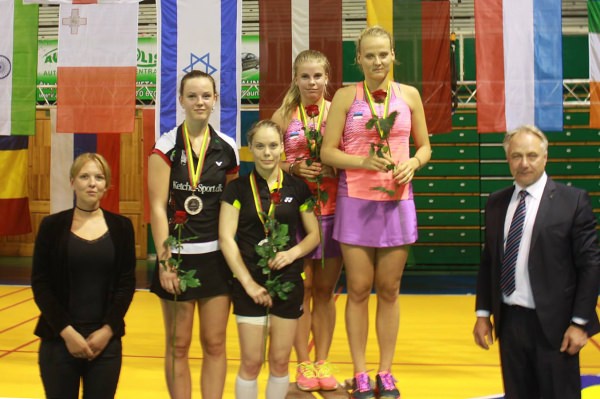 It has been a decent few weeks on the BEC circuit for Estonian women’s doubles pair Helina Ruutel & Kristin Kuuba. A runners up spot at the Czech International was followed by a second runners up spot last week in Latvia. Consistent but not prolific, the Estonian duo put that right today by lifting the Lithuanian International which is the icing on their circuit cake.

The Estonians were of course hot favourites to lift the title and cruised to the title just as fancied top seeds should. Not a single set dropped marks an excellent week’s work after the mental questions that were surely asked after a pair of second places.

In stark contrast Czech pair Budzel and Zvabikova headed into their fourth final on the bounce still searching for that illusive win. Mixed doubles runners up at Czech, Romania and Latvia last week the Czech pair came unstuck again this afternoon loosing out to the Irish Chambers siblings who took their first title as a pair.

The Irish came through the bottom half of the draw unseeded and put two excellent three set performances together in the semi final and final to take the title. Probably their most expensive success ever as the Chambers sibling had to change their flights after not expecting to go so deep into the tournament. 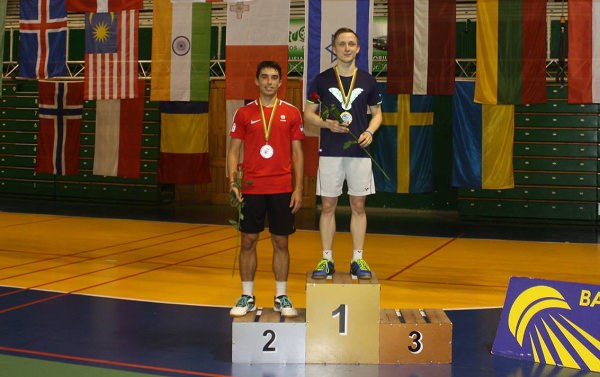 Back to back titles for Schaefer

Germany’s Kai Schaefer (pictured above on the podium) was the form men’s singles player heading into this week’s tournament after his win in Latvia last week. The German had some serious wins as early as the second and third rounds beating Misbun (MAL) and Merkle (FRA) which indicated the German had brought that Latvian form to Kaunas.

In today’s final Schaefer beat another young French man, Leo Rossi in two games to go back to back on the circuit. A nice end to the 2016/17 season for the German after an indifferent start to 2017.

Denmark’s Anne Hald lifted her second title in as many months consigning Czech young gun Tereza Svabikova to another runners up, her fifth second place across all disciplines in the past four weeks. The Czech youngster will be disappointed of course but will have learned a lot as she goes full steam ahead into senior life.

The biggest shock of the week came in the men’s doubles as Polish shoe in pair for the title Sckudlarczyk and Moren came unstuck in today’s final. The Poles lost out in two games to Belgian/French combo Elias Bracke and Leo Rossi. For Rossi the men’s doubles title made up for the loss in the singles final but compounds his status as an excellent all-rounder for France moving forward.