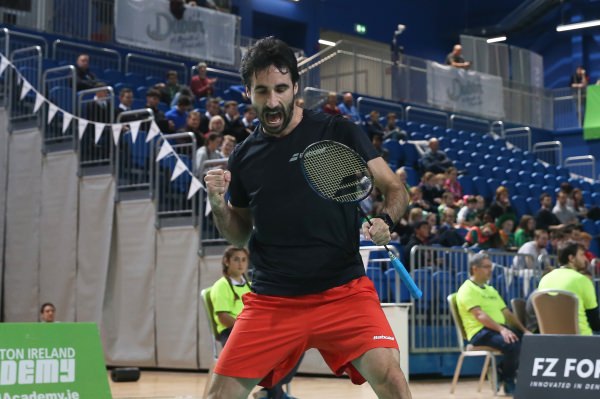 It is a case of while the cats away the mice will play this week on the circuit as the Portuguese International forms the meat in the sandwich of a European triple header with the worlds senior elite looking to bag the ‘big one’ at the All England while the cream of the world’s junior talent battle it out for honours at the German Junior in Berlin.

Spain’s Pablo Abian heads to Caldas Da Rainha as the overwhelming favourite in the men’s singles. The Spanish European Games champion from 2015 would have been on the verges of the main draw at the All England but has chosen to forego the Birmingham bubble to compete in Portugal, a tournament 5 levels below the Premier Super Series tournament.

Indeed when you cast your eyes across both singles draws for this week’s Portuguese International the field there is a feeling of a top level International Challenge about the competition not International Series as is the tournaments status.

Victor Svendsen is seeded to meet Spain’s top seed in the semi-final but the Dane himself will need to be sharp from the get-go just to get by Finland’s Kasper Lehikoinen. The bottom half of the men’s draw see the return to European soil of Indra Bagus Ade Chandra. As everyone knows the Indonesian is a world beater on his day and should the seeding unfold a final between both the Spaniard and the Indonesian would be nothing short of entertaining. 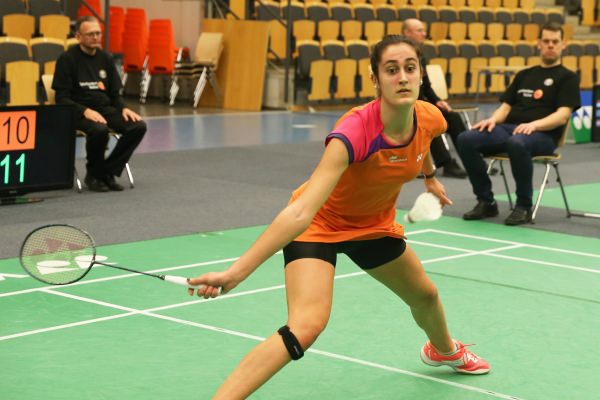 Denmark have a strong five-pronged attack in the main draw of the women’s singles. It will be interesting to see how Sofie Holmboe Dahl reacts to being the top seed in her young career and with Jacobsen, Andersen, Hertz and Bergstein in a support role a Danish podium finish of some sorts is on the cards.

Outside of the Danish threat watch out for Clara Azurmendi (pictured above) who will look to benefit from the short trip across the border and Lianne Tan (BEL) will always be a threat at circuit level.

However, the stark reality is that former world number 11 Sayaka Takahashi will be the very hot favourite to win the title in Caldas. The Japanese player is no stranger to Portuguese success after winning in 2015 and there is nothing to suggest another win is well within the Japanese grasp who appears to be boxing well below her weight this week. 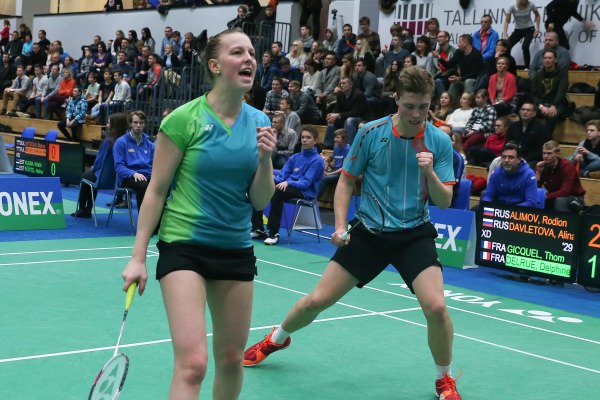 French Youngsters with one eye on Euro Juniors

In the doubles disciplines there are certainly some favourites such as the defending champions and the inform Mikkelsen & Surrow. The Danes stick out as the pair to beat in the mixed doubles.

However, with the European Junior Championships now just over a month away, it is clear that team France have one eye on those championships electing to send their juniors to Portugal to compete rather than mix it up at the German juniors in Berlin.

What better way to prepare than some decent weather and a chance to take on some established senior players as the French hunt medals on home turf next month.

Delrue & Gicquel (pictured above) will be one of those pairs looking to medal in Mulhouse next month and as a pair they are more than capable of winning in Caldas this week. Indeed this young French pair are more akin to playing senior as there second seeding suggests.

Gicquel also teams up with Toma Junior Popov in the men’s doubles, the pair once again a serious medal hopeful next month. Leo Rossi & Thomas Baures also start for France and seriously impressed in January during their run to the semi-final of the Swedish International in Lund. The second French pair live in the shadow of their more established compatriots but are equally as dangerous and will take their chance as they have proven this year already.

To view the previous winners of the Portuguese International click HERE