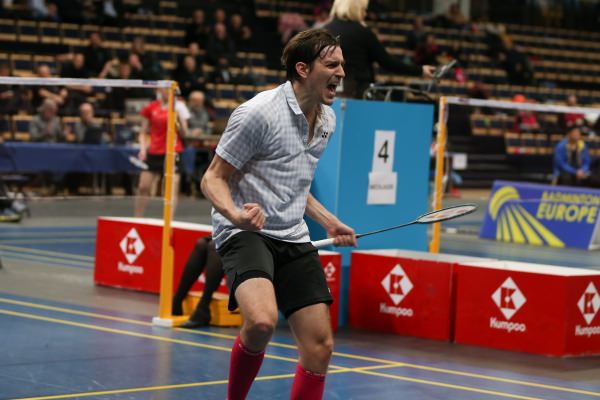 Day two at the Finnish Open was certainly a day for the underdog as the tournament was stripped of all but 5 seeded players across both singles draws as quarter final stage. On the plus side there was delight for the home fans as Finland pushed three players through the singles quarter finals.

Pablo Abian set the tone for the day as the number 1 seed lost out to Malaysian Giap Chin GOH in two relatively easy games. Beatriz Corrales followed her compatriot out of the competition in round two going down to Japanese Shiori Saito in what was the Spaniards second gruelling three set match of the day. In the men’s singles draw just Raul Must, Kim Bruun and Finland’s own Kalle Koljonen survived the seed cull to book their quarter final spot. 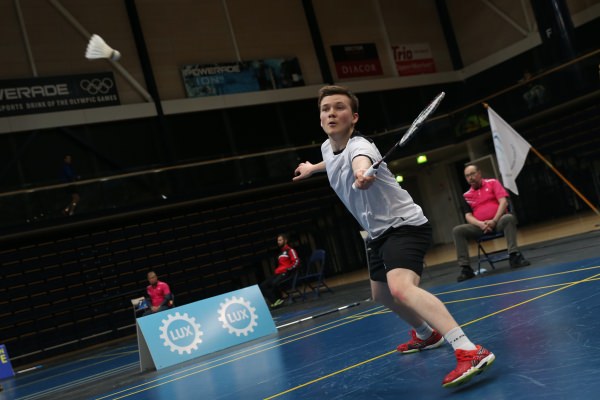 Koljonen (pictured above) looked extremely comfortable in his second round match against Thomas Rouxel of France after the Frenchman had earlier beaten Kai Schaefer in two easy games which took the Finn by surprise.

“I felt very comfortable today but was really surprised I beat Thomas so easily after his very good result in round 1. It’s great for us to have three players in the quarter final and let’s hope we can keep the run going tomorrow.” Said Koljonen after his win.

In a strange twist of fate Koljonen will now play one of the other remaining seeds in the quarter final. Kim Bruun will be the Finn’s opponent with both battling for a semi-final spot.

“Kim is a player I know well as we both play in the same club in Denmark. It can be difficult this way but we are both here to win and I just hope the home fans get behind me to help me along”

Eetu Heino (main picture) also put in a big performance for the home nation coming through a gruelling three game battle against Luis Garrdio of Mexico. Heino will now play the Malaysian GOH, the conqueror of top seed Pablo Abian.

In the bottom half of the draw there was also big wins for Matthew Carder and Rasmus Gemke. The Scot beat fifth seed Vladimir Malkov while the young Dane took down second seed and former world number 5 Tien Minh Nguyen of Vietnam.

Airi Mikkela is just one of three Europeans remaining in the women’s singles draw. Julie Finne-Ipsen and Sofie Holmboe Dahl (pictured below) join the Finn with the two Danes set to meet each other tomorrow for a semi final berth. 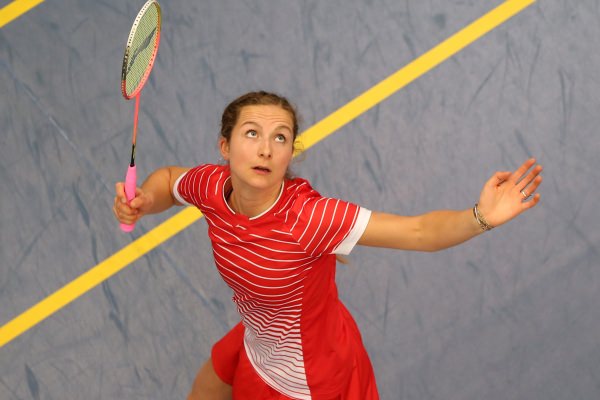 The teams from Japan, Malaysian and Taipai dominated much of the play on day 2 in Vantaa. The way the tournament is panning out Asian will be sure to leave Finland with the majority of the medals. However, the odds look a bit better in the mixed doubles with four European pairs matching the four from Asia in the quarter finals.

Mikkelsen and Surrow continue their good form and eased into the quarter final and Europe are guaranteed at least one semi-final spot as Swiss pair Schaller & Burkart will play Russians Parakhodin & Rogova in tomorrow’s quarter final.

For all results from day 2 in Finland click HERE