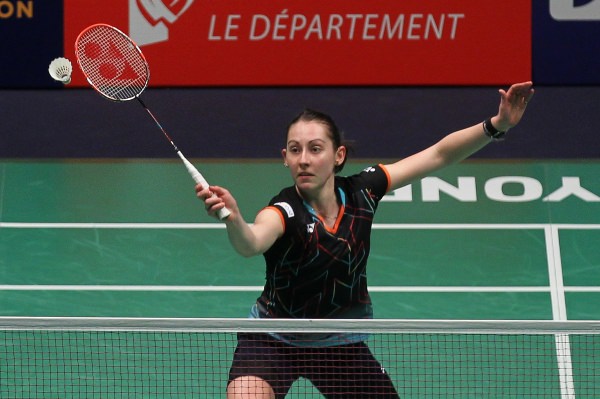 After the excitement of the European Mixed Team Championships last week in Poland the Badminton Europe circuit resumes this week with a trip to Vienna for the Austrian Open. For the first time this season a sizeable Asian contingent make the trip to a European circuit event and will pose stiff competition for the established European players.

Japanese players feature heavily in the singles events with runner up from 2016 Kanta Tsuneyama looking to go one better this year. Last year’s men’s singles winner, Anders Antonsen of Denmark, has since moved onto to greater things and it will be up to Spain’s Pablo Abian, Raul Must of Estonia and the French pair off Claerbout and Corvee to stop the Japanese from claiming the title.

There has not been a European women’s singles champion in Vienna since 2009 when Julianne Schenk lifted the title. Yui Hashimoto is top seeded and favourite to continue this trend and win her second Austrian title after victory in 2013.

Scotland’s Kirsty Gilmour returns to action after a lengthy spell on the side lines due to injury and is scheduled to face the Japanese as early as the quarter finals. Gilmour’s form will be tested in round 1 in a match against Sofie Holmboe Dahl with the winner expected to go far into the competition.

Mia Blichfeldt leads the bottom half of the women’s singles draw and has a difficult first round match against Clara Azurmendi. In the same quarter is Mariya Mitsova of Bulgaria who is not far away from a big circuit breakthrough and let’s not forget the Bulgarian beat Denmark’s Line Kjaersfeldt in last week’s European mixed teams in Poland. Mitsova is travelling to Vienna with some form and confidence. 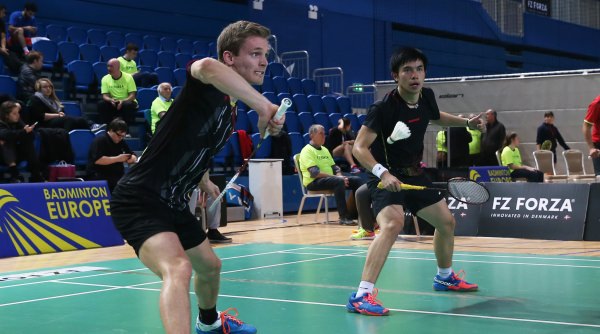 Jansen and Zurwonne the likely threat to Japan

Josche Zurwonne (pictured above) returns to the circuit after representing Denmark last week and teams up once again with Jones Ralfy Jansen as they bid to make 2017 as successful and 2016. The Germans won four titles last year and will be the biggest European threat to top seeds Inoue & Kaneko of Japan.

Recent Danish national winners Colberg & Fladberg will also be one of the fancied pairs and will fancy their draw in the bottom half. Zinchenko and Abramov of Russia find themselves in the top half of the draw and their strong defence might offer up a platform to break the Japanese.

The very first round of the women’s doubles will tell a lot in the Europe V Asia battle. Top seeds Mitsova and Nedelcheva play Japanese pair Kawashima and Ozaki and you would expect the winner of that opening match to go deep into the competition.

In the mixed doubles any one of a handful of European pairs are in the running for a win. MIkkelsen and Surrow will be fancied after their win in Sweden last month. This week represents a step up for the Danish but confidence will be high.

Russian youngsters Alimov & Davletova are also a highly regarded young pair and as juniors won their first senior tournament in Estonia last month. Again, this week is a step up for the Russians as they build towards an assault on the European junior title in April.

Denmark’s Bay-Smidt and Boje have already won at International challenge level but have not shown so much of that form that took them to the Prague Open title back in September 2016. Another pair to watch may be Nystrom and Kaisti who have a habit of turning up at the pointy end of tournaments no matter where they play or the level of opposition. The Finns do have a pair of Chinese in their quarter of the mixed doubles draw and that will make this Austrian Open extremely tough for them.

All the action kicks off in Vienna tomorrow Wednesday with qualification rounds. To view the full draw for the Austrian Open 2017 click HERE