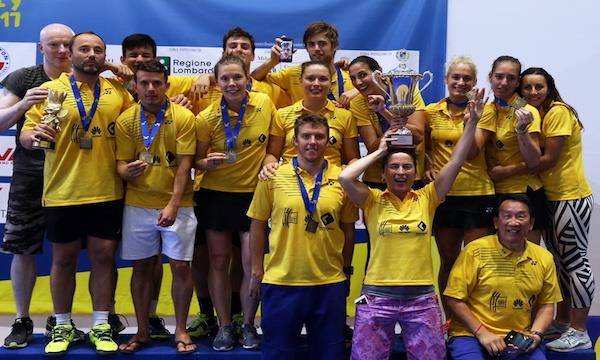 It is now that time of the year when we are just one month away from the annual European Club Championships with fourteen teams set to compete.

The event which is formerly known as the “Europe Cup” is one of our very own competitions, and has been since the tournament in Göppingen (Germany) in 1978.

Where:  This year’s edition of the European Club Championships will be hosted by Bialystok, in Poland.

The chance to win three in a row!

Issy Les Moulineaux BC 92 (France) have been the winners of the 2016 and the 2017 tournament. They are back to claim a hattrick – but will face tough opposition from especially French champions Chambly, Russian ECC-winners from Primorye Vladivostok and the two strong Polish teams Suwalki KB Litpol-Malow and UKS Hubal Bialystok.

Teams across 12 different countries competing in the 2018 European Club Championship are:

The tournament will start on the 19 June with the group games over four groups and will run through to the 21 June. The Quarter Finals will take place on Friday 22 June before the Semi-Finals are played and then eventually the final on 24 June 2018.

Each day will consist of two rounds, one which will commence at 12 pm and the other which will get underway by 4 pm as scheduled. 9These times could change depending on the flow of matches.)

Once the tournament reaches the final stage where the Quarter Finals will be played, the times will differ accordingly, starting at 10 am and then finishing at 7 pm (please note that these times are dependent on the flow of matches.)

What can we look forward to?

On the 29 May, there will be a final team nomination list for the tournament, as the teams listed above are not all confirmed yet, as there is still one team from Russia to come into play.

As we enter the month of the tournament, 4 June is when the seeding for the tournament will be announced. As we get closer to the start of the European Club Championships the draw is conducted and published on 7 June. At this point, everyone will know what group each team is in and indeed who they will play on day one of the tournament.