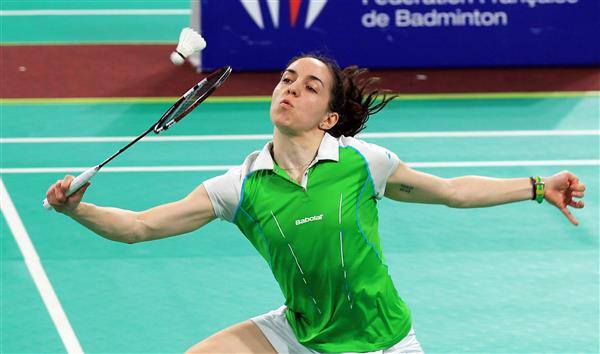 As the world’s elite head to Odense for the Denmark Open Premier Super Series the cream of the Badminton Europe circuit make the trip to Switzerland this week for the 2015 edition of the Swiss International which starts tomorrow. Europe’s stars however will have a tough job in Yverdon-Les-Bains, situated halfway between Geneva and Bern, as a large Asian contingent make the trip after competing at the Dutch Open GP only last week.

Ville Lang will be buoyed by a welcomed return to form in Almere last week after a few months in the wilderness and will most likely head up the European challenge in the men’s singles this coming week. Pedro Martins will also trouble the best as he too showed glimpses of his best form of the year last week at the Dutch Open.

Malaysia will be the big threat to a European success in the men’s singles with two quarter finalists and a semi-finalist from the Dutch Open GP making the trip to Switzerland this week. There is a stand out name in qualification this week in Switzerland and Dane Anders Antonsen will look to build on the form that took him to the Belgian International title a few weeks back which he did from qualification.

Malaysia will also have the hot favourites in the men’s doubles as Koo & Tan continue their European tour on their way back up the rankings. The Malaysian’s dominated in Almere to take the Grand Prix title there so a step down this week should represent nothing more than easy points for the Malaysian stars. Germany’s Beck & Kaesbauer represents Europe’s best hope in that men’s doubles and are on the opposite side of the draw to the Malaysians which is a bonus.

A welcomed return to competition for Corrales.

Spain’s Beatriz Corrales (pictured) makes a welcome return to competition this week after being out of action since the World Championships back in August. Corrales is top seed in the women’s singles and the Spaniard will be favourite even though her form is untested and unknown.

Corrales has a potential semi-final against Nitchaon Jinapol of Thailand who looked is super shape in Almere last week. Down the bottom half Linda Zetchiri continues her tour of Europe as second seed but still manages to make the business end of every tournament and shows no signs of fatigue.

Olga Konon and Natalia Koch Rhode, both winners this year are on the Bulgarians side of the draw while the home crowd will look to Sabrina Jaquet to capitalise on any mistakes from these fancied players.

Dutch and English number two women’s singles pairs lead the seedings in the women’s doubles but once again it is hard to look past the Indonesian pair of Bernadeth and Variella who only narrowly lost out to eventual Dutch Open winners, the Stoeva sisters, last week in the semi-final.

As in the men’s doubles non-European pair’s realistically jump out of the draw if you are searching for a winner in Switzerland this week. Sudket Prapakamol and Saralee Thoungthongkam are hot favourites after their runners up spot last week. From a European perspective it will take a big week from the likes of Nottingham/Westwood or Lane/Pugh of England for Europe to threaten the mixed doubles podium in Yverdon-Les-Bains.

For all draws from the Swiss International 2015 click HERE

Article and Images by Mark Phelan for Badminton Europe.