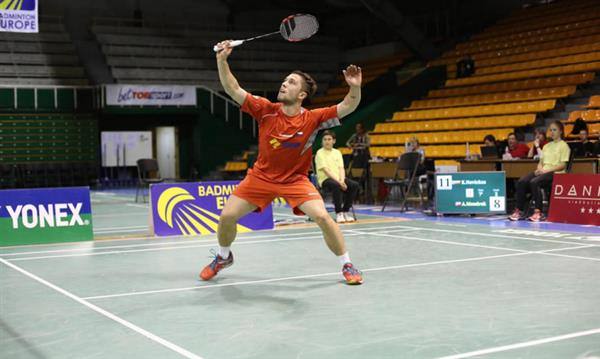 Lithuania’s favorite women’s singles shuttler in the tournament, Akvile Stapusaityte stumbled in the semi-finals. Yvonne Li, Best BEC Young Player Of The Year 2014, of Germany beat Alesia Zaitsava of Belarus in two games 21-14, 21-14. It was the maiden title for the 17-year-old German.

The presence of a Lithuanian men’s doubles pair in the finals were a pleasant surprise for the home audience. In the semi-finals, Povilas Bartusis and Alan Plavin won over Mateusz Biernacki and Krzysztof Jakowczuk of Poland (21-11, 21-11). The Poles entered the main tournament through qualification and in the second round they eliminated the number two seeds Daren Adamson and Scott Sankey from England (21-19, 13-21, 22-20).  The men’s doubles title went to Milosz Bochat and Pawel Pietryja of Poland, who won the finals match against the young Lithuanian players 21-17, 21-13.

Søren Toft Hansen from Denmark together with Teshana Vignes Waran from France won the mixed doubles final against Andrey Porokhodin and Anastasia Chervyakova of Russia in two games 21-14, 21-17.

All results of the Yonex Lithuania International 2015.

During the tournament there was a live video stream of the selected matches. The games are available on the YouTube channel of the Lithuanian Badminton Federation.