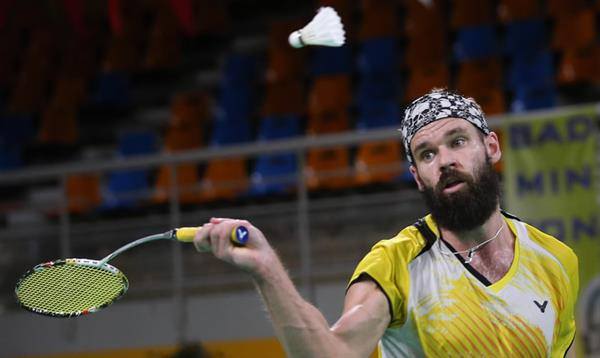 The 2015 Finnish Open kicks off on Thursday, 2nd of April. The 18th Finnish Open tournament takes place at the Energia Areena in Vantaa, just north of Helsinki. This International Challenge ranked tournament’s price money is 15.000 US Dollars.

There’s less than two days to go to the start of the 2015 Finnish Open. The tournament has attracted more than 220 players from more than 30 countries, including for example badminton powerhouses such as Malaysia, Indonesia, Taiwan and Denmark — as well as neighboring countries like Russia and Sweden.

Finland’s number one shuttler Ville Lång is the fifth seeded in the men’s singles but his participation in the tournament is still unclear. Lång’s toe is inflamed and he can’t say yet is he able to play on Friday. Tournament’s top seeded in the men’s singles, Henri Hurskainen arrives from Sweden. Second seeded is Russian shuttler Vladimir Malkov. One of the players capable of taking home the Finnish crown could be Ukrainian Dmytro Zavadsky who celebrated the victory in last week’s Orleans International.

Spanish star Beatriz Corrales is the highest ranked player in the women’s singles tournament. She is currently number 22 in the BWF womens’ singles world ranking and is the hot favourite in Vantaa. Another strong candidate for Sunday’s finals is Bulgarian Linda Zetchiri and third seeded Danish Anna Thea Madsen who is 2014 European Championship silver medalist. 2015 Finnish champion Nanna Vainio will start straight from the main draw.

The home audience is anxiously waiting for the local Finnish players to make it to one of the finals. Does Finland have an opportunity to keep one of the titles at home? We will find out soon.

Click here for all results of the 2015 Finnish Open.