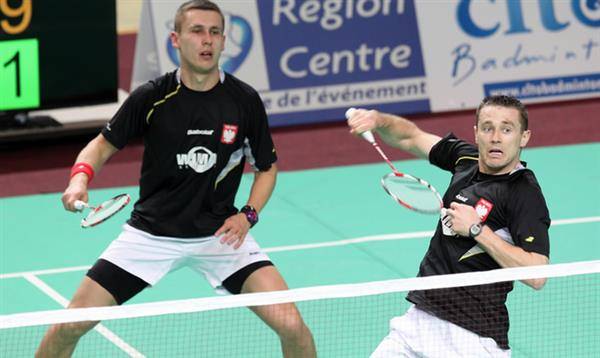 The 41st Yonex Polish Open is underway in Arlamow, Poland with 138 players from 38 different countires fighing it out to be crowned Polish Open champions 2015.

Poland has plenty of interested as expected in all five disciplines and in form players Adrian Dziolko and Michal Rogalski will be looking to show their improvment over the past 12 months by pressurising the top seeds Rasmus Fladberg, Emil Holst, Vladimir Malkov and Malaysia Daren Liew.

Poland’s big hope for a win on home soil will of course be men’s doubles pair Adam Cwalina and Przemyslaw Wacha who are looking for a unique hat trick of titles on home soil after victories in 2013 & 2014.  With some Japanese pairs in the draw it certainly will not be plain sailing for European circuit’s most prolific winners who will also be pushed hard by friends and compatriots Moren & Szkudlarczyk.

With the withdrawal of top seeds, the Stoeva Sisters, the title of favorites for the women’s doubles falls on the shoulders of developing Russian women’s doubles pair Bolotova and Kosetskaya while Danish duo Thygesen and Fruergaard will have an input to the destination of the medals.

The mixed doubles has a large Asian entry and certainly Europe will have to battle hard to get amongst the medals. Swedish pairs Nordh/Fabbeke and Ruponen/Hogstrom will be a big threat to the Asian visitors with the Finnish/Dutch combination of Kaisti/Seinen an outside bet for a podium spot.