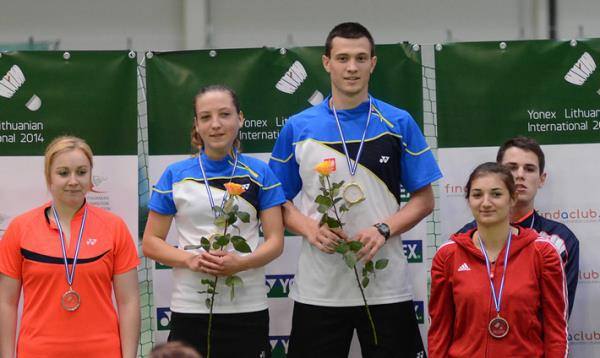 The finals day of the 2014 Yonex Lithuania International saw Finnish youngster Kasper Lehikoinen, a former bronze medailist of the European Junior Championships, and Poland’s Anna Narel taking the singles crowns in the city of Vilnius.

In the second round of the main draw, home mens’ singles home favourite Kęstutis Navickas was stunned by Russia’s veteran Stanislav Pukhov, who in the next round was beaten by Maciej Poulakowski — who in turn had to retire in a semi-final match against leventual champion Kasper Lehikoinen of Finland.

Russian and Poland succesful in the doubles

The situation somehow repeated itself during the men’s doubles semi-final when Pukhov and Sirant saved three match points in the second game and then won the match against the top seeded Milosz Bochat and Pawel Pietryja, only to announce Pukhov’s injury and inability to play on the finals day. No match for spectators, unfortunately.

Click HERE for the full results of the 2014 Lithuanian International