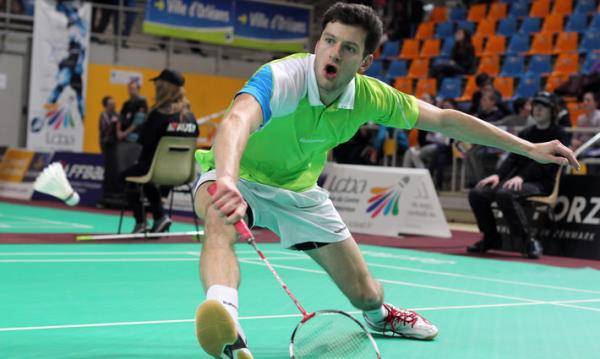 The biggest and most important badminton event organized by Lithuanian badminton federation and Badminton Virus club —  the „Yonex Lithuanian International 2014“ will be held on 5-8th of June this weekend, in Vilnius SEB arena, one of the city’s best venues.

The tournament is a part of the Badminton Europe Circuit and more than 100 players from 22 countries will fight for the victory. Rather surprisingly, this is the first time that the world ranking tournament will be held in the capital city of Lithuania and the local organiser hope that besides playing badminton, participants will also be able to enjoy this great summer in a historic city.

Hot favourites in the men‘s singles event are the top seed Marius Myhre of Norway and the young Finnish player Kasper Lehikoinen. A notable mention is Russia’s Stanislav Pukhov, participant of 2008 Beijing Olympic Games, who is not only playing his native MS category, but also has transitioned to men’s doubles, where he  is playing with his partner Sergey Sirant. Irish players grabbed the top seedings spots in both women’s doubles and mixed doubles events.

The venue of the tournament, SEB Arena, is a multifunctional sport, services and fitness complex. Restaurant and fresh juice bar, fitness center, massage and sauna are all available at the venue. An official tournament hotel, Europa Stay Vilnius, is also located in the same building as the venue, therefore it will be very convenient for players and coaches, as no transport will be necessary.

Four tournament courts and four practice courts will be available during the tournament.

It is expected that the tournament will attract a lot of spectators, as a similar tournament held in Kaunas a few years ago, gathered a crowd of over a 1000 strong, which rarely happens in Lithuania with any other sport than basketball.