Record number of players in Medvode 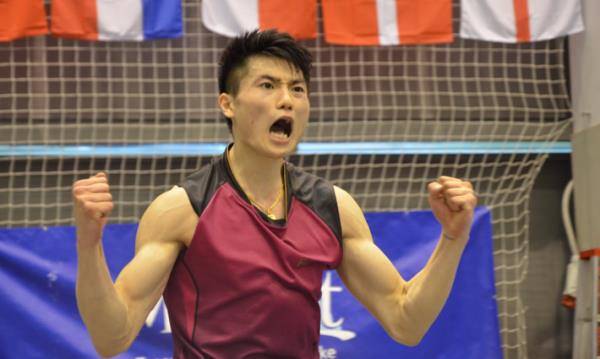 In a day dominated by the Bulgarian Stoeva sisters, Denmark’s Flemming Quach emerged as one to watch for the future lifting his first senior international title at the 2014 Forza Slovenian international in Medvode.

It was very much expected that Stefani Stoeva would do the double in Slovenia this past week and the 2013 European Junior Champion delivered in emphatic style winning not only the women’s singles title but lifting the doubles title alongside sister Gabriela. Stoeva only dropped a total of two sets in all matches en route to the magic double.

As much as Stoeva’s doubles was expected so the unexpected happened as Dane Flemming Quach lifted his first senior title on the Badminton Europe Circuit.

Quach had early wins over top seed Misbun of Malaysia before taking down former English number 1 Andrew Smith in an epic semi-final 29-27 in the deciding set. His opponent in the final was his more established Danish team mate Christian Lind Thomsen.

The now veteran Thomsen offered little resistance to his younger team mate and Quach romped home to a 21-6 21-13 victory marking him out as one to watch for the future in Danish men’s singles.

Denmark claimed their second gold of the afternoon with victory in the mixed doubles as Sorrow/Ludvigsen beat Russian youngsters Zinchenko/Morozova in the longest match of the day that extended to three sets in 45 minutes.

Crotian men’s doubles pair Durkinjak and Hoelbling compounded the Russian misery on finals day defeating top seeds Khakimov and Kuznetzov in the men’s doubles final leaving the European powerhouse with a handful of silver medals to take home to Russia.