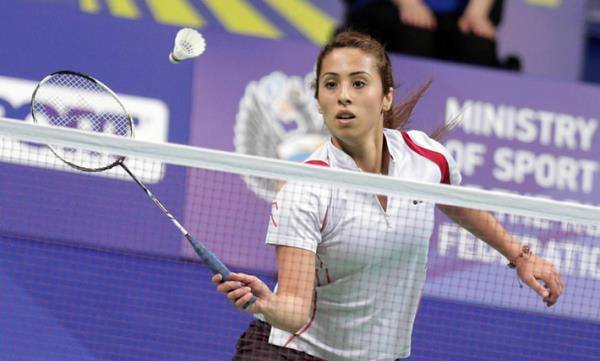 The main rounds of the 2014 edition of the Wilson Hellas International kicked off in the Greek town of Sidirokastro today as over 200 athletes from 37 nations compete for honours as the 2013/14 season draws to a close.

Turkey’s Ozge Bayrak will draw much of the attention after her run to bronze medal at the recent European Championships in Kazan in a women’s singles draw that continues the ‘wide open’ trend that has prevailed for much of this season.

Bayrak is seeded three for the event behind top seed Linda Zetchiri and Chloe Magee of Ireland and the Turk’s easy going attitude will only serve to assist as she copes with the pressures that come with the territory.

In the tough half of the draw Magee and Bayrak are seeded to meet at the quarter finals but with Denmark’s Mette Poulsen, winner of the Croatian International just a few short weeks ago, sandwiched between the Turk and the Irish number two seed both are going to have a tough route to a medal come Sunday.

In the men’s singles there are opportunities for young Dutch pair Justin Teeuwen and Marc Caljouw to make a real mark on the senior circuit while all eyes will be on the returning Kevin Cordon as the Guatemalan man makes his comeback after an enforced injury break.

Number eight seed Kim Brunn will also be one to watch and is full of confidence after being an integral part of his clubs run to the league title in Denmark where he won some crucial battles in crucial matches along the way.

While Belgians Diericks and Golinski are top seeds in the men’s doubles, and rightfully so after their win at the Peru International, the ones to watch are without doubt the Danish duo Christiansen and Daugard. The Danes have made steady progress since winning sliver at the European juniors just over a year ago and are brimming with confidence after lifting the Croatian International just a few weeks ago, their first senior international win.

Ozge Bayrak teams up with Neslihan Yigit in the women’s doubles which will be a welcome distraction from her singles while in the mixed doubles Irish siblings Sam and Chloe Magee will look to justify their top seeding and claim a long overdue circuit win.