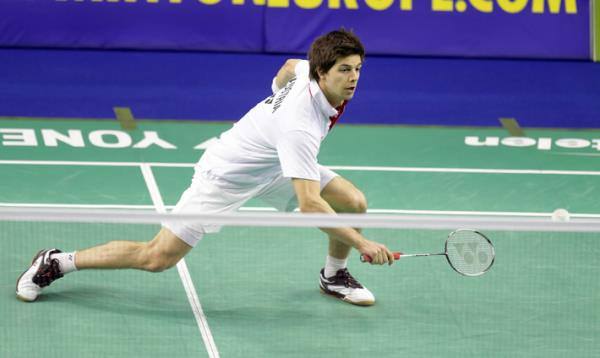 In the men’s singles the only European player who got a seeding spot is Spaniard Pablo Abian (#6). Bulgarian 2013 European Junior Champion Stefani Stoeva is the fourth seed in the women’s singles event and together with her sister Gabriele she is the top ranked women’s doubles player. English duo of Christopher Coles/Alyssa Lim got seeded at position number 2, followed by Robert Mateusiak/Agnieszka Wojtkowska of Poland.

For the Austrian players it is a good chance to represent their country in front of the home audience. The new Austrian National Champions in the singles category, David Obernosterer (pictured) and Alexandra Mathis as well as their compatriots want to use the participation in the Stadthalle B to show their skills and potential.

The main rounds of the 15.000 Dollars event kicked off this morning.

Click here for all previous champions of the Austrian International.