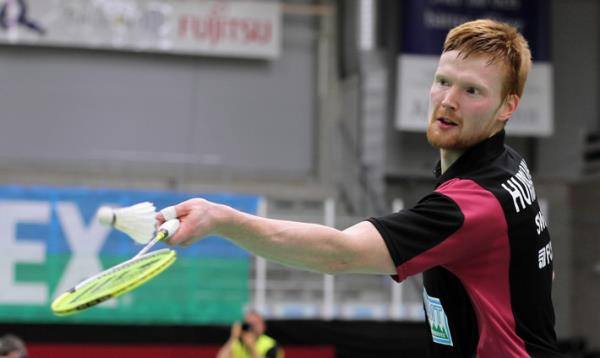 The Swedish International has always been the traditional New Year kick start tournament at Challenge level on the Badminton Europe circuit. The 2014 edition is no different with the cream of Europe’s circuit players making the trip to Sweden but instead of making the short commute to Stockholm for the Swedish International the players will be transport equidistant north to Uppsala for the newly branded Caperio Swedish Masters.

“The Swedish Masters has been around since 1956 and over the years has been visited by all the big names in world badminton. This year we are doing a new venture. We have moved the tournament north to Uppsala from Stockholm where it has been situated for the past 10 years. We have big ambitions for the event and this is a milestone for the tournament and so the change in name to Swedish Masters. We are very satisfied with the quality entry and we will do everything in our power to make it an outstanding tournament.”

Polish Veterans Przemyslaw Wacha and Adam Cwalina had a bumper end to 2013 taking both the Irish and Italian Internationals in men’s doubles and travel to Sweden attempting to start the New Year where they left off in Dublin in Rome. In fact Cwalina and Wacha won a total of 7 International tournaments in 2013 which has propelled them up to 20 in the latest world rankings a position that Cwalina has not been in since the lead up to the London Olympics alongside former partner Michael Logosz.

The Poles will be clear favourites to lift the title in Uppsala but will have a tough route to the final with defending champions Jacco Arends/Jelle Maas and English duo Christopher Coles and Matthew Nottingham in the top half of the draw. In the bottom half of the draw German duo Josche Zurwonne and Peter Käsbauer will look to impress the German management ahead of the 2014 European Men’s and Women’s Team Championship in Basel and Polish number two duo of Moren and Szkudlarczyk will look to emerge from the shadow of their top seeded compatriots.

Swedish number 1 and current European vice champion Henri Hurskainen is the big hop for a home victory this coming week in Uppsala. Hurskainen has endured a turbulent time at his home international in past years and will be looking to set the record straight this year and have a Swedish player on the top step of the rostrum for the first time since 2007.

The Swede has a reasonable draw but will need to hit the ground running in an opening match against Denmark’s Christian Lind. Hurskainen is scheduled to meet 2011 winner Pablo Abian in the semi-final. The Spaniard has found a mew motivation after being released of his federation obligations in 2013 as looks focused and out to prove a point. 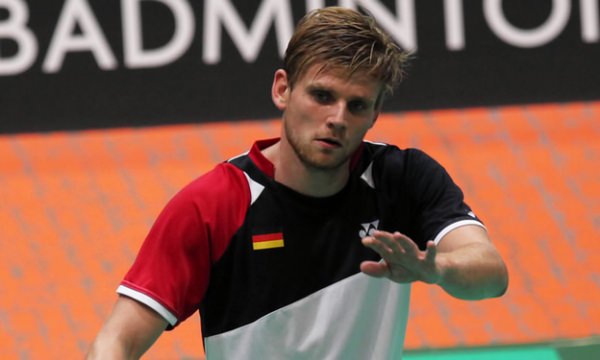 Scotland’s Kirsty Gilmour will be the overwhelming favourite for the women’s singles title as defending champion and nemesis Carolina Marin has elected to skip Sweden this year for an assault on the Asian Superseries loop.
Gilmour has a tough opener against Nicole Schaller of Switzerland (withdrawn) and with Petya Nedelcheva, Karin Schnaase and 2013 European Junior Champion Stefani Stoeva on her side of the draw even without Marin the Scot will have her work cut out for her this coming week.

‘Piek’ performance expected from Selena in defence of title

Dutch star Selena Piek is back to defend her women’s doubles title except this year it is alongside new partner Eefje Muskens. The Dutch duo have risen to number 17 in the world after four back to back victories at the tail end of 2013 and as the second best European pair in the world the rest are playing catch up.

Scots Blair and Bankier travel to Sweden looking to secure a win and with it a step towards Commonwealth games qualification. The Scots, winner of their home Grand Prix, at the end of 2013 will be favourites to lift the Swedish masters but will come up against stiff opposition from Arends & Piek, defending champions Peter Käsbauer & Isabel Herttrich from Germany and the home challenge of Ruponen and Högstrom.

All the action will be LIVE from Wednesday on Badminton Europe’s Youtube channel. To watch for free login by clicking HERE.

For full 2014 Swedish Masters draw click HERE
For all past winners of the 15.000 Dollars event click HERE