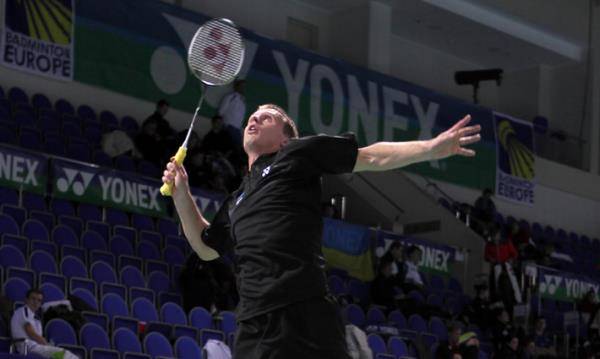 The first tournament of the Badminton Europe Circuit in 2014 will get under way from today. For the fifth time, badminton players gather in wintry Tallinn to compete for the 2014 Yonex Estonian International titles and 5000 US Dollars in prize money. This year’s tournament brings together more than 200 players from 27 countries.

Ville Lång wants to enjoy his time on court

In the men’s singles, Ville Lang is the hot favourite to win the title. The number one seed from Finland, who is ranked 34 on BWF World rankings, is going after his fourth Estonian International title. “Being seeded first, I can’t have any other target than winning again. But equally important is to enjoy being on court,” says Lang. His biggest rivals will be the second seed and Lang’s fellow countryman Eetu Heino and home crowd favourite number third seed Raul Must.

Dane Line Kjærsfeldt is looking to defend her last year’s title in the women’s singles. Being ranked 57th on BWF World rankings she is the top seed in Tallinn. Contending to stand on the top of the podium are also the second seed Olga Golovanova of Russia and the third seed Marija Ulitina of Ukraine.

In the men’s doubles category, Vasily Kuznetsov and Nikita Khakimov are the highest ranked players. But the Russians can expect strong opposition from the French pair Laurent Constantin and Matthieu Lo Ying Ping who are seeded second and are hoping to regain their title from last year’s Estonian International edition.

The Olympic bronze medal winner Nina Vislova is ranked first in both women’s and mixed doubles event. Together with her partners Anastasia Chervaykova and Vitalij Durkin she is also the hot favourite to take the titles in both events.

Click here to see the women’s and mixed doubles draw.

Badminton Estonia will bring you a live-stream from the two main courts on their event’s website on Friday, Saturday and Sunday.