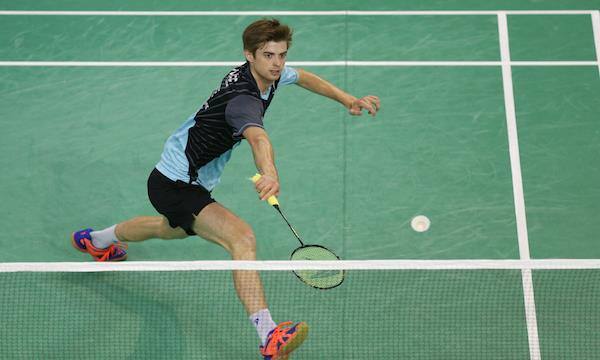 The IBERDROLA Spanish International gets underway tomorrow in Madrid with many countries from Europe taking part.

The number one seed in this tournament in the Men’s Singles is France’s Lucas Corvee, who is in the seeding along with Pablo Aian from Spain, Victor Svendesen from Denmark, England’s Sam Parsons.

With Sergey Sirant from Russia and Raul Must from Estonia making up the seedings for European countries.

In the Men’s Doubles, it is France who look the strongest with three pairs in the top 5 seedings, Bastien Kersaudy and Julien Maio and Christo Popov and his playing partner Toma Junior Popov, joint number one seeds. Thom Gicquel and Ronan Labar are the third seeds for the tournament.

As well as the three French pairs, there is representation from Scotland with Alexander Dunn and Adam Hall making the second seeds.

In the Mixed Doubles, it is an all European affair in the seedings. Evenik Dremin and Evgenia Dimova from Russia. The number two seeds for the tournament are Ronan Labar and Audrey Fontaine from France.

The number three seeds are from Denmark, and that is Mikkel Mikkelsen and his partner Mai Surrow, who play either, from Ukraine, Valeriy Atrashchenkov & Yelyzaveta Zharka, or German pair Bjarne Geiss & Emma Moszczynski who are scheduled to play on Friday morning.