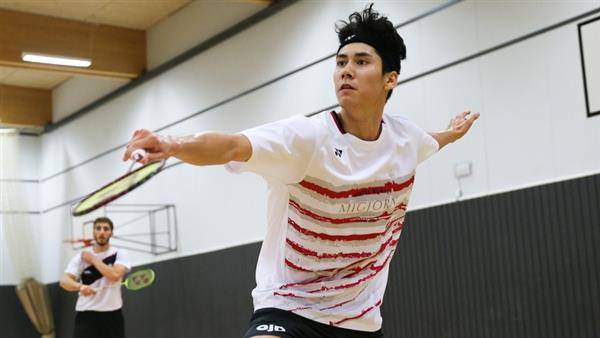 It was finals day today in Kaunas for the 2018 Lithuanian International, where some great badminton was on show. We also saw a fantastic title win for Sweden’s Felix Burestedt in the Men’s Singles.

Burestedt, a promising player from the BEC Centre of Excellence in Denmark, followed up his good finals appearance in the Portuguese International in March in a strong way. This time he was able to go all the way against Poland’s number two, Michal Rogalski. A player who himself also praised the positive work being done at the Centre of Excellence when he said

— I am sure I will come there again for some sparring and training. It helps me to be more creative on court and learn how to adjust to players with different styles from all over Europe.

Burestedt, currently ranked 123 in the world, overcome a tough 3 game semi-final against Ireland’s Joshua Magee. In the final, he managed to defeat the Rogalski 21-12, 23-21.

Michal Rogalski: The Road to Tokyo

Other finals results
In the Women’s Singles Jordan Hart of Wales, who recently gained 2 spots on the Estonian Kristin Kuuba in the BEC Elite Circuit rankings, faced off for the title. It was Kuuba who was victorious, winning 21-23, 21-18, 21-18.

It was a fruitful competition for Estonia and Kuuba, as she doubled up on her titles in the Women’s Doubles. Kristin Kuuba and Helina Ruutel beat the Danes Christine Busch and Amalie Schulz.

And finally, it was a surprise package from England who won the Mixed Doubles. Callum Hemming and Liew Fee Teng, world ranked 591 defeated the world ranked 95 Polish pair Pawel Smilowski and Magdalena Swierczynska.

For more information about the Centre of Excellence click here