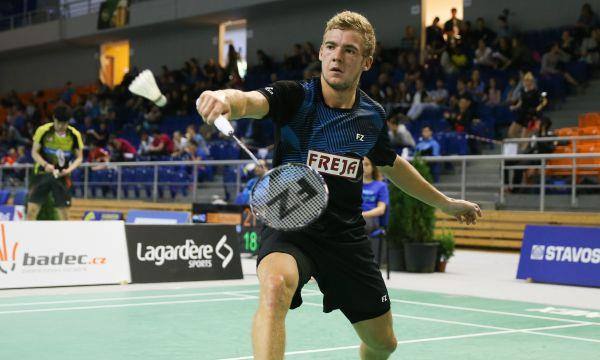 As we reach the halfway point through the year, we reflect on the current top 3 ranked players in each discipline on the Badminton Europe elite circuit. With a wide spread of European players across the top ranked players, we see Turkey, Denmark and Scotland dominating the number 1 ranked positions across the board.

In the men’s singles, Denmark’s Viktor Svensden remains at the number 1 spot since overtaking Spain’s Pablo Abian in March 2018. The Dane has earned valuable points following a win at the KaBal International Karviná 2018 and a semi-finals place at the Portuguese International Championships.

Following on from a run of 4 victories in the Eurasia Bulgaria Open, Hellas Open, LI-NING Czech Open and YONEX Hungarian International in 2017, backed up by quarter-final and semi-final performances in the White Nights 2018 and Austrian Open 2018 respectively, Turkey’s Neslihan Yigit hangs on to the number 1 ranking in the Badminton Europe elite circuit ranking.

In the men’s doubles, Scotland pairing of Alexander Dunn and Adam Hall have done well to fight off the several Danish pairs which take up more than half of the top 10 seedings. The pair have earned valuable points in 2018 with a win at the Iceland International and semi-final appearances at the Austrian Open and IBERDROLA Spanish International Villa de Madrid.

The women’s doubles, Turkey remain as the top ranked pair with Bengisu Ercetin and Nazlican Inci celebrating still riding the wave after a win at the FZ Forza Slovenia International in 2018, closely followed by Sweden’s Emma Karlsson and Johanna Magnusson.

Finally, in the mixed doubles, Danish pairing of Kistoffer Knudsen and Isabella Nielsen cling on to the first position, followed closely by English pairing of Gregory Mairs and Jenny Moore, who only 2 months ago, defeated the Danish pairing in the FZ Slovenia International 2018.