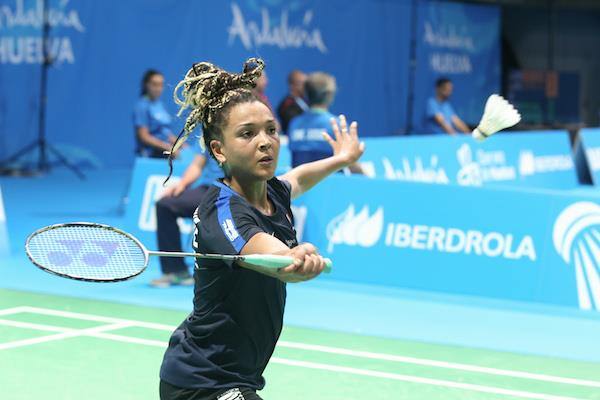 One of the semi-finals in the women’s singles category at the Belarus International 2018 was a match-up between Marie Batomene and Katia Normand, and the two French put up a good fight.

Maria Batomene got a good start and played with a high speed. Batomene, who is ranked 156 in the World, was five points ahead at the interval, 11-6 and won the first game 23-21 despite of a great comeback of Katia Normand

— It is the worst draw, I can have. Mentally I cannot play my game when I play another French, Batomene says.

Want to qualify for EG2019
Katia Normand, 191 in the World, never met Batomene in an international tournament before, and after the first five points it looked difficult for Normand. Batomene was leading 4-1.

Once again Normand came back and took the lead 11-10 at the interval but despite of a good fight Batomene was too strong for the eight seed. Marie Batomene is ready for the final winning the second game 21-19.

— I am quite happy with my performance today. The match was hard, and I am happy to be in the final. It was my goal to reach the final here, Batomene says.

— It is great to be here, and I want to qualify for the European Games next year.

The five finals will be played on Sunday afternoon after the semi-finals of men’s and women’s doubles.

All results from Belarus International can be found here