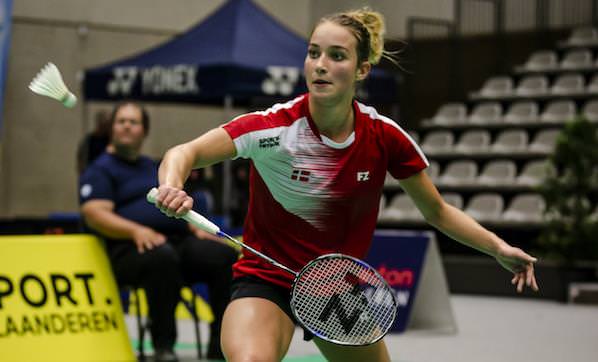 The top seed in the women’s singles category Beatriz Corrales leaves the Belgian International 2018 in the second round.

— I am so happy. I have never won a match against a player at that level. After the match I could not even cheer. I am so so happy, Hertz says.

Chance to go all the way
Amalie Hertz, ranked 139 in the World, entered the main draw through qualification but now she believes, that she can do “the impossible” at the Belgian International.

— If I play like this I think I have a chance to go all the way, because I did good, Hertz says.

— I lost the first game because I was attacking too much. In the second and the third game I found the baseline, so she had to try to win the rallies, but I kept sending back the shuttle. It was nice.

In the quarter-final the Danish underdog will play either German Yvonne Li or Lin Ying Chun from Chinese Taipei.