Penty aiming to reach his seeding 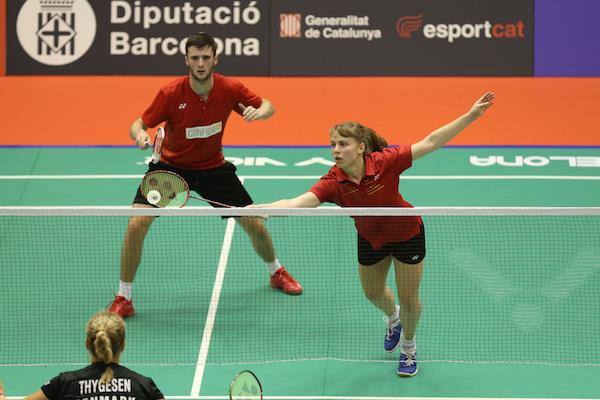 Scottish Adam Hall and Julie Macpherson are doing good in Belgium, and they believe that they will be a contender for European medals in the future.

Adam Hall and Julie Macpherson had a good day on the opening day of the main draw at the Belgian International. The Scottish won their first match against Michael Roe and Jessica Hopton from England 21-7 21-12, while Danish Mikkel Mikkelsen and Mia Surrow were beaten 17-21 21-13 21-14.

— The Danes have been performing well and have been quite consistence on the tour, but I will not say, that this is the best we can do, Adam Hall says.

Will be a top pair
Hall and Macpherson is currently ranked number 258 in the World, but they both expect to climb the ranking.

— It is only our second tournament but I think we did good in Spain and beat a good pair, and we have shown that we are close to the top pair, Halls says.

— There is still long to go before we can challenge Marcus (Ellis) and Lauren (Smith), Chris and Gabby (Adcock) and Mathias (Christiansen) and Christinna (Pedersen), but I think we are going to be one of the top players in Europe, Adam Hall says.

The Scottish will play Lin Shang Kai (Chinese Taipei) and Kristen Tsai (Canada) in the quarter-finals on Friday.

See all the results from Belgian International here