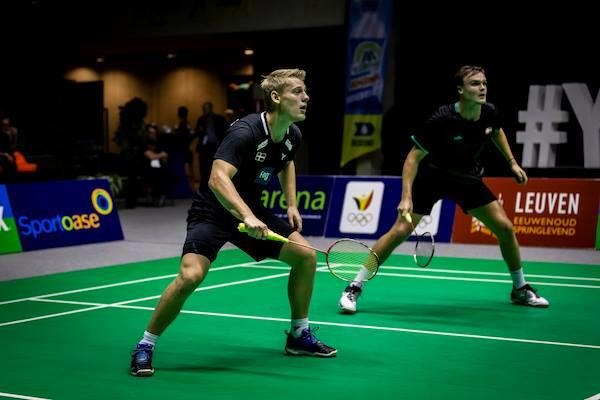 The 43rd edition of the Hungarian International was completed on Sunday with the finals of all events.

In the opening match of final day, the Women’s Doubles finals, the Russian strong pair Ekaterina Bolotova and Alina Davletova had an easy morning against Emma Karlsson and Johanna Magnusson from Sweden winning 21-14 21-9.

The Men’s Singles finals was an all Danish affair. Rasmus Messerschmidt beat his  compatriot, the number one seed, Victor Svendsen in three games, with 21-9 at the deciding game.

Yigit on top
In the Women’s Singles finals the top seed, Neslihan Yigit from Turkey fulfil the prospects of winning the title without losing a game. In final she came out strong against  Mariya Mitsova from Bulgaria.

David Daugaard and Frederik Sogaard added one more gold medal for Danish players in Budaors. They managed to get the better of the Polish top seed, Milosz Bochat and Adam Cwalina winning 15-21 21-12 21-12.

Women’s singles as mixed double champion
The surprise of the tournament was definitely Mette Poulsen from Denmark. The bronze medalist in woman’s Singles at the 2017 European Championships, lost the Semi-final in Women’s Singles on Saturday.

But after participating for the first time in mixed doubles, she won the final with her partner Joel Eipe in three games against the World number 44, Russians Rodion Alimov and Alina Davletova. The Danes won 21-10 19-21 21-10.

See all the results here