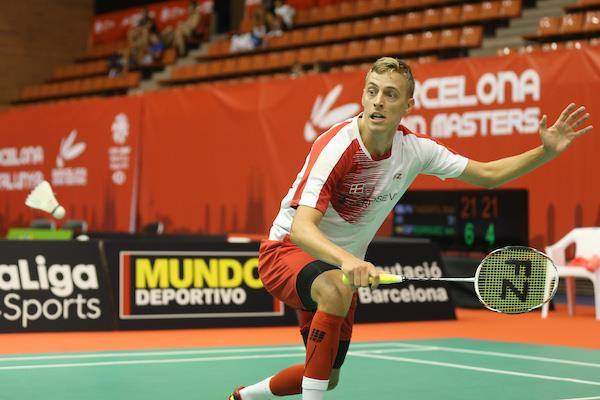 Denmark’s Rasmus Messerschmidt moves into the top 10 of the BEC rankings after victory at the Hungarian International.

The Dane defeated his compatriot and current European number one Victor Svendsen in the final 14-21, 21-16, 21-9. Messerschmidts victory in Budeors sees him rise to 7th in the rankings, the highest rank of his career.

As for the Women’s singles Turkey’s Neslihan Yigit remains at number one after taking home the trophy in Hungary with compatriot Ozge Bayrak still ranked in 2nd place.

Despite a round of 16 exit in Hungary, Israel’s Ksenia Polikarpova has risen one place to 3rd above the Netherlands’ Soraya De Visch Eijbergen.

Changes in Doubles rankings
Jakub Bitman and Alzbeta Basova (Czech Republic) have dropped three spots from 4th to 7th in the mixed doubles rankings with Swiss pair Oliver Schaller and Celine Burkart moving in the other direction from 7th to 5th.

Milosz Bochat and Adam Cwalina (Poland) have taken 2nd spot in the Men’s doubles rankings from Denmark’s Joel Eipe and Philip Seerup. The two Poles made it to the final in Hungary before losing out to another Danish pair in David Daugaard and Frederik Sogaard.

Finally, in the Women’s doubles victory for Ekatarina Bolotova and Alina Davletova over Emma Karlsson and Johanna Magnusson to win in Hungary wasn’t enough for the Russians to jump the Swede’s to first in the rankings.

The Russian’s have in fact dropped a spot to 3rd behind the Turkish pair of Bengisu Erecetin and Nazlican Inci. Whilst a good week for the Belgian pair of Lisa Jaques and Flore Vandenhoucke has seen them rise into the top 10 and to 7th in the rankings.