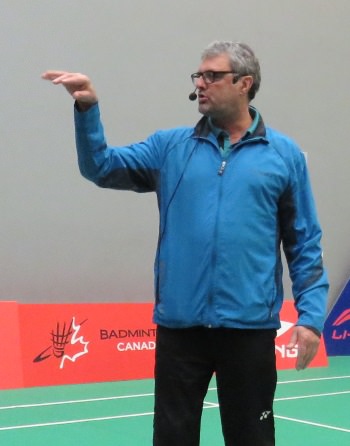 Repetitive drills with multi-shuttle feeding might be the cornerstone of badminton training, but former Danish national coach Kenneth Larsen questioned the premises underlying such routines, arguing for an approach based on awareness and reflection rather than rote practice.

Taking the example of the spinning net shot, and demonstrating with a couple of Canadian junior players, Larsen showed how a standard technique – drilled in through repetition – could never address the multitude of variables that arose. The replicability of a certain technique would hold good only when the shuttle followed the same trajectory every time. Instead, Larsen insisted that getting the player to solve the problem of why a particular shot could not be executed at a particular position, and to make the necessary adjustments, would be far more effective.

During his demonstration, Larsen not only talked about the deficiencies of repetitive training, but the importance of training players to make choices, and the concept of split vision.

The effectiveness of a player’s stoke at a given point in the match would depend not only on its execution, but also on the position of the opponent. Given that, it was important to train for players to anticipate shifting positions – watching out of the corner of the eye as it were, which he called ‘split vision’ – and to make instantaneous choices on where the stoke had to be played. Larsen showed with a few simple routines how players could be trained for these match situations. 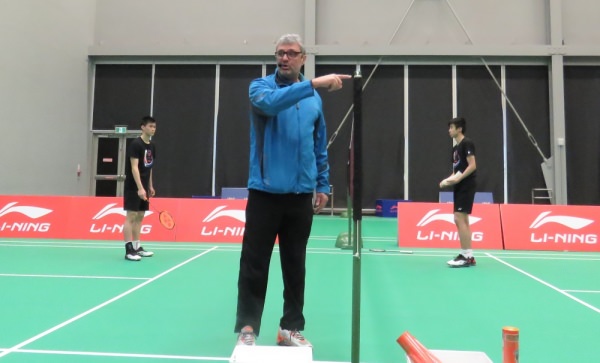 Larsen, an associate professor of sport science at Aalborg University, believes the reflective approach explains much of Denmark’s success at badminton and other sports.

“I think it’s a big part of it. Because we can’t compete on the size of the population or the economy, so in Denmark the culture is about making people independent and making their own choices. It can be improved though. Many coaches just make practice without involving the players. I’m on the Board of Directors of Badminton Denmark, and my responsibilities are in talent development, and I’m trying to implement this in the system, that we don’t tell the trainees what to do, but to interact with them to make their own choices.”

“I want to help people develop independence, reflective skills, self-esteem… that is about trying to implement a dialogue based on questions, where they try to come up with answers themselves. I have players from six years onwards, and they can handle these situations.”

Would the approach work only with juniors or also with elite players?

“Both. As a national coach I implemented these practices a lot. They loved it. They love it when they are involved and not told what to do. All the strange exercises I do to develop awareness, and they even get a bit addicted to it.

But with coaches sometimes handling a large group of players, would there be enough time to allow each player to reflect on each stroke?

“It’s not about learning every situation, but being aware, and then it’s almost automatic. The big thing is the process of reflection, that they’re able to handle situations, without panicking or being afraid.”

“The difference between elite players and others is not technical or even physical. We know they are similar in physical and technical ability. What separates them is their ability to adapt quickly to situations.”