Victory for Burestedt in Portugal 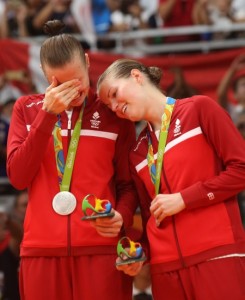 Christinna Pedersen and Kamilla Rytter Juhl, one of the most successful women’s doubles pairs of contemporary times, have announced their retirement from international badminton.

Their decision was announced on their official Facebook page.

Pedersen and Juhl on the podium of the Rio 2016 Olympic Games.

The Danes were Europe’s top pair since 2012, and can look back with pride on a career that fetched them Olympic silver in Rio 2016, World Championships silver (2015), and numerous World Tour/Superseries and European Championships titles. In mixed doubles, Rytter Juhl won World Championships gold with Thomas Laybourn in 2009, while Pedersen won an Olympic bronze in London 2012 with Joachim Fischer Nielsen.

Rytter Juhl had taken a break from the sport in June last year for the delivery of their child; Pedersen’s last tournament was in the mixed doubles (with Mathias Christiansen) at the All England last week.

“All good things come to an end. This is it,” they wrote.

“Badminton has for both of us been everything since we were children and we dreamed about making a difference in the sport. If you ask us, we think we succeeded.

“Now it’s time for both of us to say thank you to Badminton Denmark and the national center.”

They wrote that Christinna had had her last training session at the national centre and that the All England would be her last tournament. Rytter Juhl, who had been away from training since her pregnancy, also bid goodbye to international competition.

“It has in some way been a very difficult decision but on the other hand it feels so right to do this now,” they said.

In comments published by Badminton Europe, Pedersen said: “I have chosen to stop because my life situation has changed after I became a mother, and Kamilla has also decided to stop at the national team. It has not been an easy decision for me because of my very good partnership with Mathias. 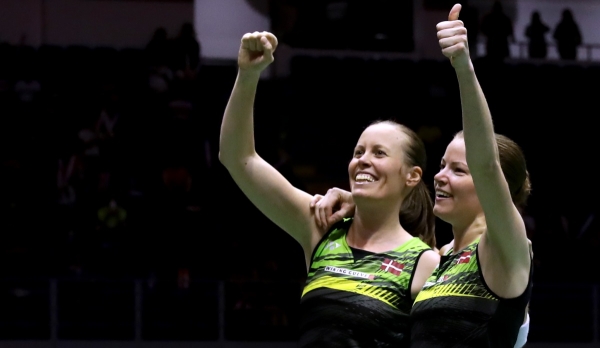 Pedersen and Juhl were the most successful pair from Europe over the last six years.

“It has been such an exciting process that we have been through together in a relatively short time, but I also just have to be honest with myself and have to follow my heart. It would not be fair to Mathias or the association to continue when I feel that I no longer have the spark that has resulted in good results and titles I have won in the past.”

The Danes added that they would still compete in the Danish league.

“It’s not a 100 per cent goodbye to badminton, but it’s a goodbye to the national team and to the World Tour. We will still have badminton close to us and both of us will play in the Danish Badminton league next year. We love our sport and we are open for new opportunities in the future.

“We will like to say thank you to our understanding families, our doubles partners, coaches, sponsors and of course all our supporters from all over the world. You have all made this journey fantastic! A special thanks to Kenneth Jonassen, without you we couldn’t achieve what we did.”