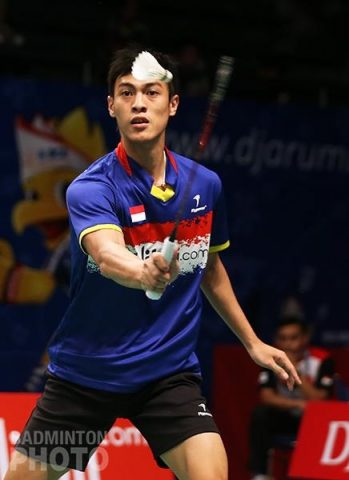 The Lingshui China Masters 2019 takes place this week with a number of top players heading to Lingshui to try and take home the title.

The Super 100 event runs from the 12th to the 17th March at the Agile Stadium of Lingshui Culture and Sports Square with a number of the World’s top players gunning for glory.

The majority of the field at the Lingshui China Masters are from Asian countries with Indonesia and China especially being home to the majority of seeded players at the event.

There is however a couple of English players looking to make an impact at the event.

In the Men’s Singles the World number 318 Chun Kar Lung (England) will be wanting to go far in this one.

The Englishman has slowly been climbing the rankings since joining the tour in 2018 and is now at his highest ever rank so will be hoping to improve that once again with an impressive performance here.

Elsewhere,Chun Kar Lung will be joined by his compatriot Farouk Mohammed Hassan in the Men’s Doubles category. The pair are now ranked 437th in the World so will be hoping to continue the growth of their partnership, with some good performances.

Lung and Hassan will be taking on the pair of Chen Jingtong (Australia) and Jhonatan Wu Zheng (Venezuela) in the first round of the qualifiers on Tuesday.

Hassan will also be taking part in the Men’s Singles but has a bye for the opening round with a match-up against Batdavaa Munkhbat or a qualifier in the round of 16 set for the Englishman.

See all the results from China here