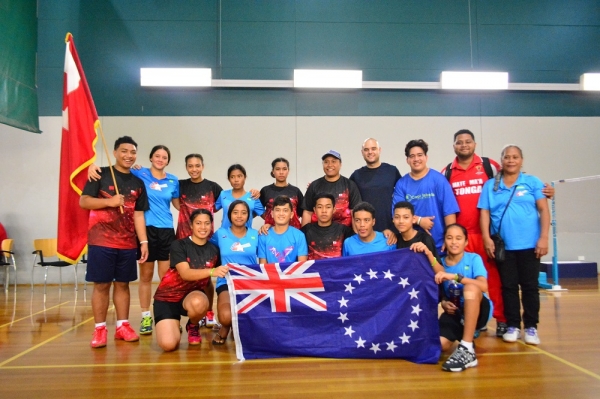 Compared to the other regions in the world, Oceania faces unique challenges due to the remoteness, distance between countries and continents and difficulty in accessing resources.

This creates several barriers to participation and challenges to aspiring players.

However, opportunities such as the BWF Shuttle Time programme provides a solid platform and model for teachers and students alike.

Since the inception of Shuttle Time in 2012, players in remote countries have been able to learn about the game and receive badminton equipment to increase participation and promote the sport in their local schools, churches and community centres.

Last month, we were able to witness the inspiring journeys of many Pacific Island players who started playing badminton through the BWF Shuttle Time initiative.

Over the last seven years, they have taken to the sport and are now representing their countries. The recent VICTOR Oceania Badminton Championships provided an invaluable experience for these players to compete on the international stage.

Players from Tonga, Samoa and the Cook Islands – many of whom had never left their countries before – travelled to Melbourne to compete in their first ever junior mixed team event and the experience did not disappoint.

Vaitoti Tupa from the Cook Islands was one such player and said BWF Shuttle Time had provided him with a chance to chase his dream.

“I started playing badminton through Shuttle Time when I was 13 years old and it was really good because it helped me find out I have a passion and it showed me what I need to do to become a better player,” he said.

“I’ve changed a lot since the first time I played. I felt like such a beginner back then but now I feel like I am one of them playing in the championships.

“In the future I want to become a professional badminton player and I want to play at an Olympic level. I know I have to train more but I’ll keep moving forward and never give up.”

The teams brought enthusiasm, atmosphere and fantastic sportsmanship as they competed against the strongholds of Australia and New Zealand and bonded with players from all nations.

Cook Islands Badminton President Thomas Ngauru said his players’ debut at the VICTOR Oceania Badminton Championships had opened their eyes to realise there is opportunity for them if they want to continue going forward in the sport.

“It all started through the BWF Shuttle Time programme. Bit by bit they have all been improving as they get older,” he said.

“For Cook Islands it was very important to send our first junior team to the Oceania Championships. It was a very emotional moment watching the first time their names were called out.

“This has been a lot of hard work and sacrifice but getting to this point makes everything worthwhile.”

The Pacific Sports Partnerships has also helped bring Shuttle Time to life in Tonga with additional funding, knowledge and resources as part of an exclusive partnership with the Australian Department of Trade and Foreign Affairs. 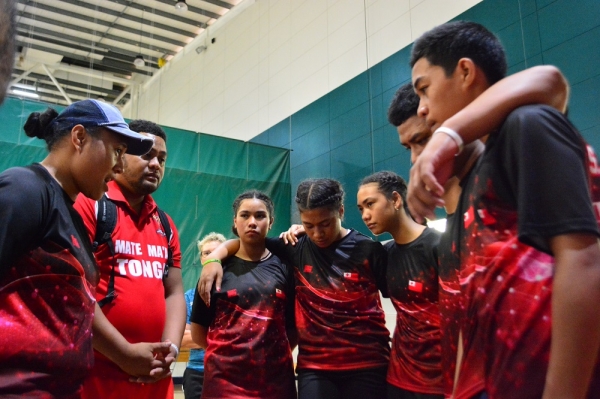 “More and more children have been choosing badminton over rugby, which is more popular in Tonga,” she said.

Junior player Edward Fotu said: “Thanks to Shuttle Time, I’ve been able to represent my country at the Oceania Championships.

“I’ve also been fortunate to attend a training camp in China, which I hope will help me improve and return to this event as a stronger player next year.”

Many of the team’s managers worked tirelessly in the build-up to the event to organise visas, transport and an immense amount of fundraising for the youngsters who were representing their country.

It proved to be a fantastic experience for all, with many now preparing for the upcoming Samoa 2019 Pacific Games in July. We wait with excitement to see how these young players will progress in their careers.