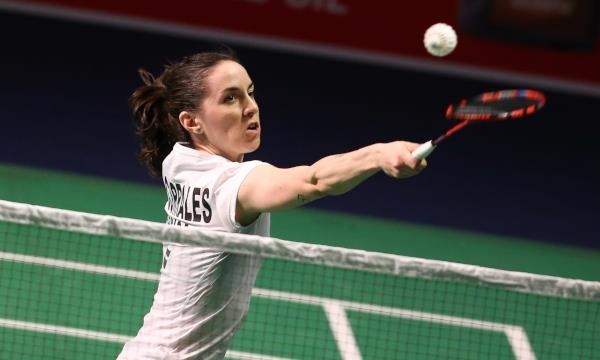 Beatriz Corrales was able to show her qualities at the Finnish Open today, with a three-game victory over her Dutch opponent, Gayle Mahulette.

The Spaniard’s performance was not the only positive one from Europe today. A number of players were playing to their maximum potential with shocks throughout the day.

Step by step for the Spaniard

Beatriz Corrales is through to the second round of the Finnish Open, after beating Gayle Mahulette, coming back from one game down.

The Spaniard has recently come back from an injury which saw her miss out on the European Mixed Team Championships in February, but after two BWF World Tour tournaments, she is back.

“It was quite hard for me, coming into the tournament after my injury, and of course Gayle is a big opponent," Beatriz Corrales said.

"In the beginning, I did not fit at all. But then, step by step working so hard, I was able to finish and win the match, she added.

You can watch the full interview with Beatriz Corrales here.

The Finnish Open 2019 main draw was kickstarted with a European rampage with Tom Wolfenden and Jenny Moore knocking out the number two seeds in straight games.

The shocks did not stop there. Mathias Thyrri and Elisa Melgaard from Denmark have taken down the number four seeds in Mixed Doubles, Joshua Hurlburt and Josephine Wu from Canada.

The second round will commence later today, you can see the results and schedule for today here